More
HomeAllWhy is La Liga the tightest league in the world? 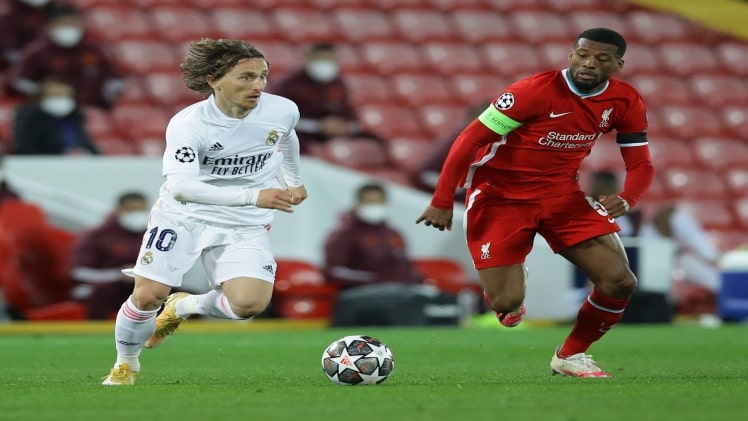 Why is La Liga the tightest league in the world?

For years, the battle for the premier national league on the globe has raged. While Italy and England have both won the title in prior times, it is about time for us to consider La Liga to be the finest in the world. While Barcelona and Real Madrid come to mind immediately, the league is brimming with talent at all levels. Spain has always had a certain charm, but the buzz to bet on la Liga is now more than warranted.

But what distinguishes a league as the best? We feel it is a combination of all the traits. With this logic in mind, a strong argument for La Liga may be made. Here are the reasons why La Liga is the best league in the world.

What the spectators want to see are goals. Football is about excitement, and there’s no finer way to impress a crowd than by scoring a lot of goals. Goals decide games, turn our favorite players into heroes, and even change entire seasons. The Spanish top flight is unrivaled in terms of scoring.

The Champions League serves as a tremendous leveler. Each year, the best of Europe’s best compete in intriguing matchups, giving us premier competition and the world’s biggest names. But which league has had the most growth in recent years?

La Liga comes out on top, which is predictable. Since 2000, a Spanish team has won the title 5 times, followed by England, Italy, and Germany, who have each won three times. Spain has had seven finalists in that time, England has had eight, Germany has six, and Italy has four. The numbers don’t stop there. Spain accounted for 35.7 percent of semi-finalists, followed by England (30.4%), Germany (14.3%), and Italy (12.5%). Spain is, without a question, the biggest contributor to international achievement in the world’s premier club competition.

The performance of second-tier teams in Europe may be an even better measure of league success. Each year, the Europa League provides a glimpse, and Spain remains prominently featured in this tournament.

La Liga’s other members can undoubtedly hold their own against teams from other divisions, despite its being criticized for being a two-horse race each season. Five of the last ten champions have been Spanish teams. Valencia, Sevilla, and Atletico Madrid have all won the title in recent decades, indicating that, despite rarely challenging for the title, La Liga’s competitive teams are of the highest caliber.

While every country has strong rivalries, none are as intense as Real Madrid and Barcelona. El Clasico has long been the most coveted match in international football, but it has reached a new level in recent years. The tense personal rivalry between Lionel Messi and Cristiano Ronaldo adds an extra layer of intrigue to an already thrilling match. The two are simply the best football players on the planet, towering over even their superstar teammates.

The antagonism, though, is more than a personal feud. The games will be watched by over 80,000 people at either the Santiago Bernabeu or the Camp Nou, providing a spectacular atmosphere. Not to mention the importance of the Madrid-Catalonia match. The political ramifications of such a tie—Catalans have a long history of suffering under Spanish authority, and Madrid is the capital city—intensify an already fervent rivalry. Both clubs are among the best in the world, having won Champions League titles since 2000 and appearing in several semi-finals. It is obvious that this is football’s biggest rivalry.

Enough with the equivocation. Because it has the top players, La Liga is the best. The performances of Cristiano Ronaldo and Lionel Messi have drawn international attention to Spain in recent seasons. The duo will undoubtedly go down in history as one of the greatest of all time but having both players in their prime at the same time is a remarkable sight. The two are banging in goals at a rate never seen before, on top of their amazing play, sublime talent, and lightning speed.

Over the previous three seasons, both Ronaldo and Messi have recorded more than a goal per game, an unprecedented number. As if trying to outdo one another, the two even shattered the Liga goal record in successive seasons. This team should not be taken for granted. It’s a blessing that we get to see these two battle it out multiple times a year. Ronaldo and Messi are two of the best players of their time, and they’ve decided to rule La Liga.

The UEFA coefficient rankings are the final. UEFA.com reports that: The performances of each association’s clubs in the five previous UEFA Champions League and UEFA Europa League seasons are used to determine the associations’ or nation’s coefficient rankings. The rankings decide how many places an association will receive in the upcoming UEFA Club competition.

Spain leads the table with a confident title that will be broadcast throughout Europe. In international play, no other country produces more prestigious club teams than Spain. They are the true kings of the ball. With the top talent, the most competitive clubs, and a proven track record of success, La Liga is the apex of club football. The Spanish first division is ranked first by UEFA’s own standards, but there are various additional elements that contribute to its success.

At the global football awards in Dubai in 2017, La Liga was acknowledged as the most dominant division in Europe since the turn of the century, capturing 9 Champions League and 8 European Cup trophies since the year 2000.

Previous articleHow will Chelsea recover from the recent news regarding the club?
Next article5 Tips for Buying Sports Cards