More
HomeAllWas The Hundred A Success? 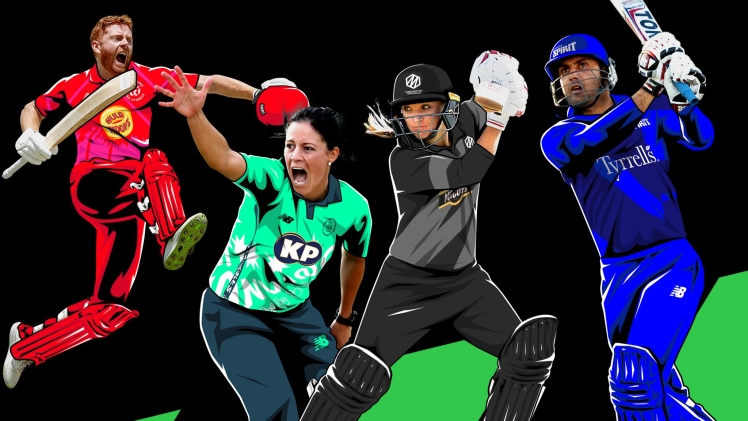 Was The Hundred A Success?

After missing out on the cash cows that are tournaments like the Australian Big Bash and Indian Premier League, The Hundred was designed by the England and Wales Cricket Board to be the next big thing in the world of Cricket.

The first franchise cricketing tournament the country had ever hosted, eight teams battled it out for a solid month, during which time the Oval Invincibles Womens and Southern Brave Mens teams wrote their names into the history books as the inaugural Hundred champions.

The Hundred was designed to open the doors to a whole demographic of potential fans, stripping things back with a simplistic structure, and a whole new set of teams that people could get behind. Some of the star names might have been missing due to COVID, but there have been numerous figures who have stepped up to impress over the course of the tournament.

But, looking back, was the Hundred the success the ECB had hoped it would be?

One of the most refreshing things about The Hundred when it was first announced, was the equal weight the tournament put on the Mens and Womens form of the game. With fixtures taking place on the same day and tickets allowing spectators to watch both matches, one of the undeniable positives of the event has been the improved attention and numbers behind the Women’s side of Cricket.

1.6 million people tuned into the opening day Women’s fixture, a record for the game, and the continued exceeding of viewership expectations has undoubtedly shown The Hundred has been able to appeal to a broader spectrum of diverse audiences.

The platform provided by The Hundred is unlike any other the Women’s game has experienced in this country before, and the 17,000 spectators in Lord’s for the final match set another record for the game, and undoubtedly proved that, for whatever people might think of the format and design of the tournament, the positive impact it has had on unlocking the potential of Women’s Cricket for a new generation of fans is one of its biggest defining successes.

Despite being an entirely new tournament with a clean slate of franchise sides, the atmosphere around the grounds has largely been exceptional. Most games have delivered the tight tense finishes most were hoping for, and there have been highlights with both bat and ball that have helped keep the spread betting markets honest throughout each game.

Venues have been at roughly 90% capacity for the entire tournament, showcasing the appetite fans have had for The Hundred’s format, however there have been some blips that will need to be looked at ahead of next year’s event.

Drinking stands and family sections will probably need to be looked into, with venue owners perhaps needing to make more an effort to create zones that suit what different spectators are there for. There’s also been a noticeable issue with pitch invaders which has been a frustrating and depressing thing to witness, and things such as the disparity in pay between the Mens and Womens players should also be addressed ahead of the next tournament.

Even before the first ball of The Hundred was bowled, the issue of the tournament’s schedule was under huge scrutiny. Given how 20% of the tournament’s audiences were children, the target audience of the event, The Hundred will undoubtedly continue to dominate the school holidays during the peak of the English summer, though that hasn’t proven to be at the expense of the other forms of the game as some had predicted.

With that being said, it’s clear that England’s red ball team entered this summer’s high profile home series against India underprepared and with a lack of county cricket practice behind them. The Hundred can’t be blamed for the Three Lions’ dismal showing with the bat this summer, but it’s clear that the decision to have the likes of Joe Root, Jos Buttler and Sam Curran play in The Hundred hasn’t perhaps turned out to be the smartest of choices.

All in all, The Hundred has been a month of intense Cricket that has elevated the sport onto a platform that has allowed more and more fans to fall in love with the game. The players have bought into the concept as well as the crowds and, save for a handful of matches, the entertainment has been a real spectacle to watch unfold.

Different playstyles have been allowed to flourish, features such as the live music courtesy of BBC Sounds and free-to-view airing from the BBC and Sky Sports, have both been new and exciting for the sport, and there are a plethora of healthy progressive traits that have been introduced to Cricket because of The Hundred.

It’s far from the finished article, however the promise of even more high profile players and a few fixes to the scheduling could help make next year’s event even more exciting than the one just gone.