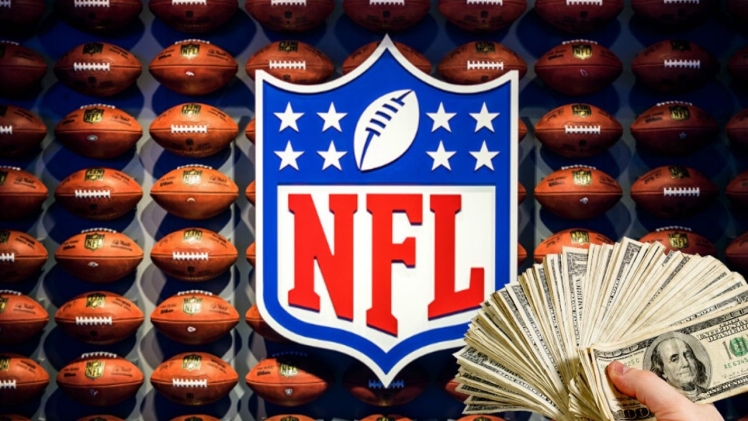 The NFL “Buys In” As Legalized Sports Betting Encompasses the Industry

Gambling and sports betting have become dominant themes on any given Sunday afternoon. Tune into the latest round of football games and you’ll be sure to see advertisements for Draftkings, Fanduel, and Caesars. The National Football League has historically been risk-averse when it came time to discussing integrating gambling into its business model, but that stance seems to be shifting thanks to major advancements in the legal betting markets.

With the 2021 NFL season in full view, all 32 NFL teams have been convinced that their brands will be emboldened by the embracing and full-scale adoption of sports betting as an integrated NFL practice. Some big names in the industry decided to weigh in on the decision as the league prepares for a shift in its stance on one of its most controversial facets.

Sports Betting Adoption in the NFL

Christopher Halpin is the Executive Vice President and Chief Strategy & Growth Officer for the National Football League. As one of the authoritative figures on the discussion and adoption of sports betting for the NFL, Halpin was enthusiastic about the stance the league is taking. Halpin stated in an interview, “I think we’re in a good spot now where owners very much see us taking a balanced approach, a long term view.”

Like many other faces behind the scenes of the National Football League, Halpin has long understood how gambling has spread its roots throughout the sport. Halpin went on to suggest that gambling could become a billion-dollar market for the NFL over the next decade. Halpin stated, “Sports betting is just inherently a part of the US sports industry landscape.”

This about-face toward embracing gambling may seem slightly stunning in the wake of the league’s past disdain for the practice. The NFL has long been hostile toward embracing gambling, wanting to keep the sport itself pure and free from the reputation that gambling brings with it. Yet despite this historic reluctance, data has convinced the NFL to change its tune—and major names are on board.

Robert Kraft Weighs In On Gambling and the NFL

The New England Patriots are led by team owner Robert Kraft. Kraft is the CEO of the Kraft Group as well as the owner of several major ventures throughout New England. Pointing to the fact that Massachusetts doesn’t have legal sports gambling, Kraft is expecting change to come to the region in the future. Kraft stated in an interview, “People are pouring over the border going up to New Hampshire and dropping a lot of change.”

Robert Kraft believes that the game of football offers plenty of opportunities for live sports betting action. Kraft stated in an interview with the Boston Globe, “I think our game, especially given that we have the 40-second breaks, is made for prop betting and all kinds of interactivity and gaming opportunities.”

While Kraft has been a vocal proponent of sports gambling, his son has been actively working toward realizing this change. Jonathan Kraft is president of the Kraft Group as well as one of the eight members of the Legalized Sports Betting Committee. The Committee has been working to lobby legislators in an effort to pass legalized sports gambling in the region.

Jonathan Nabavi is the VP for Public Policy and Government Affairs at the NFL. Nabavi had a more measured stance on adopting league-wide betting in the NFL. Nabavi stated, “We’re really trying to protect our product, the integrity of the game, and make sure there are principles in place.”

As the League continues to wrestle with the line between full-scale adoption and its measured approach, gambling has become increasingly normalized on the field. The New England Patriots currently enjoy the DraftKings Fantasy Sports Zone inside of Gillette Stadium. As the league continues to transform into a more pro-gambling population, expect the NFL to continue its slow transition into a betting-friendly sport.