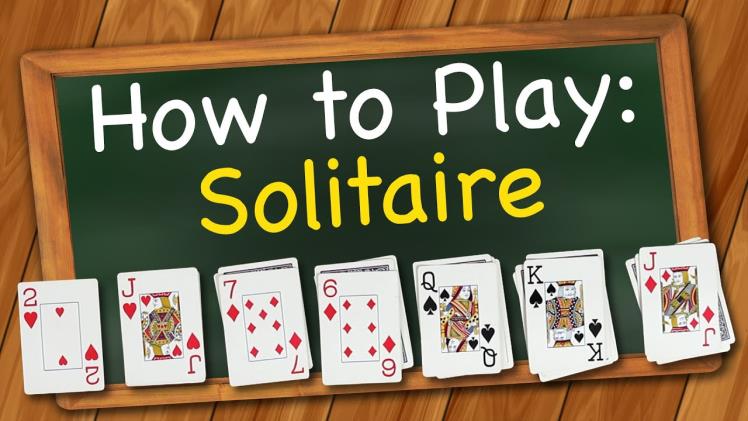 The Hook that Keeps You Playing Solitaire

Nothing beats a game of Solitaire for stress-free fun. You can have a great time by yourself playing Solitaire for a long time, whether you play it on a smartphone, tablet, computer, or with a traditional deck of cards. The computer version of Solitaire is convenient since it can be played whenever you like using the pre-installed version of the game that is included with most Windows versions. It’s no surprise that this game is so popular and addictive given how quickly it can be played and how easily it can be accessed. Solitaire’s appeal stems from many factors, including its free price tag, ease of use, variety of gameplay options, and challenging difficulty levels. Solitaire is a game in which you play against yourself, to improve your score or reach the unattainable maximum of 24,000. Since its 1990 introduction, digital Solitaire has developed and expanded to include a wide variety of game modes. This game is legendary because it was the first of its kind, and it opened the door for PC gaming to the rest of the globe. When Solitaire was first released, nobody could have guessed how successful it would become as a mouse training tool. Even many years after its first release, the game continues to be a huge hit with fans. Find out the reason why it is that way.

Playing a few rounds of Solitaire is a common way for people around the world to unwind and relieve tension. At first glance, it may seem like a good idea, but playing even just one or two games may quickly become an all-consuming habit or addiction. Playing solitaire too frequently can become addictive since it is one of those mindless games that allows you to turn off your thinking processes. It’s a diversion and a way out, both of which can lower productivity. If played on occasion, though, it may be a wonderful way to unwind and get back on track when you’re feeling overwhelmed.

The majority of Solitaire games offer straightforward rules and principles that are simple to grasp. There doesn’t appear to be much of a game at first. As you progress through the game, however, you’ll come to appreciate the importance of talent in winning. That’s why it’s been played for centuries, and why the 1990 digital release made it even more popular. You may play Solitaire on your computer, phone, or tablet and choose from various game modes.

Games like Spider Solitaire and Klondike Solitaire, which are deceptively complex despite their apparent ease of play, necessitate a thorough familiarity with the rules and strategies involved. In your pursuit to master the game and emerge victorious, you’ve likely picked up a few strategies and techniques that give you an edge over your competition. Certainly, one’s fortune can play a significant role in the game. But there are numerous facets of talent and strategy that can increase your success and score!

The card game Solitaire can be played for free and is included in the Windows operating system, where it can be found pre-installed. If you prefer mobile gaming, the game is now available as a free app for your smartphone. At the time of its release, people were still learning how to use computers; the game’s accessibility and simplicity are two of the main reasons for its meteoric rise to fame.

Similar to chess, Solitaire gives you some leeway in determining your approach to game strategy. Similarly to chess, it necessitates careful planning to assure victory while spending as little time as possible doing it. One of the things that makes chess so interesting and well-liked is the importance of planning, as your next move might determine the game’s outcome.

Let’s be honest: nobody enjoys coming in second. Each of us would like to believe that we were destined to succeed. The added boost of motivation we get from each victory is largely responsible for our continued success. Considering that, for skilled Spider Solitaire players, the likelihood of winning a game of Solitaire is roughly 80%. Successes in quick succession can be quite enticing.

Better players tend to notice when the odds are stacked against them. Sometimes you have to take calculated risks to tilt the odds in your favor. It’s difficult, and nine times out of ten, it won’t succeed. But the satisfaction of turning your good fortune to your advantage is immeasurable.

Previous articleMake money online from home: how to choose a site for taking surveys
Next articleDelightful Features of Playing situs slot online Casino