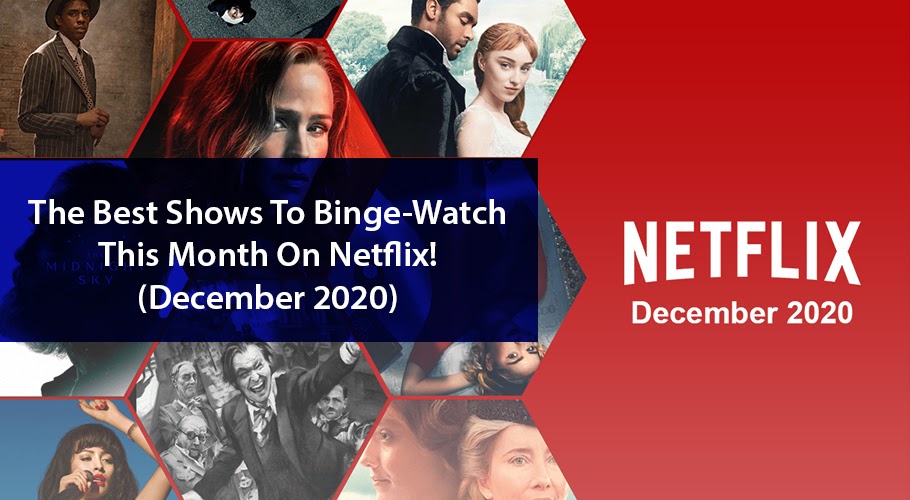 The Best Shows To Binge-Watch This Month On Netflix! (December 2020)

December is a festive month in every sense of the word. From Christmas lights to New Year celebrations, this month is full of excitement! With that said, one of the most exciting treats of this festive month is the release of a new TV series. Like always, Netflix is continuously adding more and more shows and movies to our list.

To spice up your December, we’ve listed down the top 7 shows to watch this month on Netflix. So, grab your popcorn and switch to Netflix!

This popular American sitcom is another fantastic creation of Andrew Goldberg, the mastermind behind Family guy.  The series revolves around a group of friends who navigate life together, specifically the struggling puberty phase. The age-appropriate comedy and horrifyingly honest script balance the show brilliantly. With three seasons already on Netflix, the 4th season of Big Mouth recently made its way to the streaming service on the 4th of December.

One of the main reasons you should watch the 4th season, other than reminiscing the private embarrassment of pubescent teenage years, is the way they highlight a young girl’s journey of understanding her racial identity. Not only does the show start the conversation in the most natural way, but it blends hilarity and logic in every scene flawlessly.

Since it’s animated, many young viewers, specifically from the age of 11 to 13, get attracted instantly. However, it’s not meant for them as it includes a lot of nudity, vulgar language, and inappropriate jokes.

It’s a cartoon for adults, put in the simplest words possible. So if you’re a fan of animated comedy and genuinely enjoy humor in all forms, give Big Mouth a shot!

Bridgerton is the modern and hipper version of Downton Abbey. If that isn’t a compelling enough reason for you to watch the 1st season of Bridgerton, you’ll be excited to know the show is starring Nicola Coughlan, the Derry Girls icon. This is Shonda Rhimes’ first-ever Netflix original series. The series is a period piece following the lives of the Bridgerton family.

The eldest daughter of the family, Daphne Bridgerton, is ready to get married. But will it be that easy? You have to wait and watch to find out. The show will be available on Netflix from the 25th of December. If you’re a fan of epic love stories and period dramas, then mark your calendars because the Bridgerton family is taking you on an epic ride.

The name of this show is not new to anyone. Steve Carell’s hilarious comedy sitcom has entertained many of us for years. The laughs we shared over this show cannot be forgotten. However, with that said, you might just have one last chance to enjoy this show while you can because, by the end of December, The Office will be leaving Netflix. One of the significant reasons this change is happening is that major networks want to keep their originals in-house. That’s a bummer for Netflix fans! But now that you know it’s time to say goodbye soon, cozy up for one last marathon.

It lands an 8.9/10 rating on IMDb for a reason. Make sure to make the most of every second you have left with the show.

The first season of the USA Network teenage drama is coming to Netflix with full force on the 29th of December. It’s popular for following the legacy of Hitchcock.  This teenage cheerleader thriller revolves around 2 high school seniors who wish to land the top spot in the cheerleading Regionals of the state. But everything comes at a cost, even melodrama.

If you’ve seen ‘You’ and Euphoria, you’re definitely going to love to Dare me. With a strong storyline and mind-blowing performances, this series will have you hooked from start to finish.

All Selena Quintanilla fans, rejoice! Being one of the most popular Latin artists to date, Selena has made a name for herself in the industry at the tender age of 20! This two-part series revolves around the life of Selena and her journey to success. It shows how the Latin diva dominated every industry she tried for, from fashion and film to acting and singing.

Now that the J.Lo movie isn’t streaming anywhere, this is the second-best look at Selena’s life. If you’re a fan of Latin music, or the star herself, give this 2 part series a shot.

If you’ve watched the previous 3 seasons of this fantasy drama, we know how excited you must be for the 4th season. The good news is, it’s not that far away! Releasing on the 31st of December, the new season of Chilling Adventures of Sabrina will also be the final season. Based on the famous Archie comics, the coming of age drama focuses on the life of Sabrina Spellman, half-mortal and half-witch, and her struggle to win against evil forces.

The storyline, characters, performances, and phenomenal cinematography of the show doubles the potential the upcoming season will have. However, with that said, if this show is a new addition to your list, we suggest you start streaming the first 3 seasons as soon as possible to avoid spoilers!

A true fantasy and drama thriller enthusiast will enjoy every minute of this Roberto Aguirre-Sacasa production!

The series is based in a Taiwanese town where a student falls off the Hanchu Building roof and commits suicide.  The story unravels when 30 years later, a young girl is intrigued to visit the roof of that building while studying there. The show is full of scary and horrifying scenes that keep the audience hooked every episode. If you’re a true fan of haunted school type of shows, you’ll genuinely enjoy Detention.

Now that you know what shows to binge-watch this month, ask your friends to a Netflix party and enjoy the show together! Stream your shows in HD with AT&T home internet plans s and enjoy a smooth streaming experience. 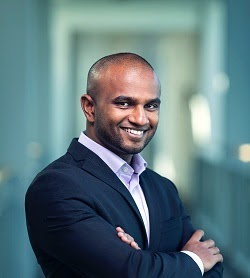 Baldwin Jackson is a successful digital marketer with expertise in search engine optimization and content marketing. The perfect balance of his analytical ability and creative thinking is what sets him apart from other practitioners in the digital marketing realm. He has helped a lot of small and medium-sized businesses in crafting their digital marketing strategies that are not only cost-effective but delivers results as well.

Baldwin is also a proud father of two kids and a Sports enthusiast. When he is not working, you will find him watching ESPN and NFL network. He has been able to get an amazing package on his favorite channels from Buytvinternetphone.com.