More
HomeSportsSome Breathtaking Moments In The History Of Cricket 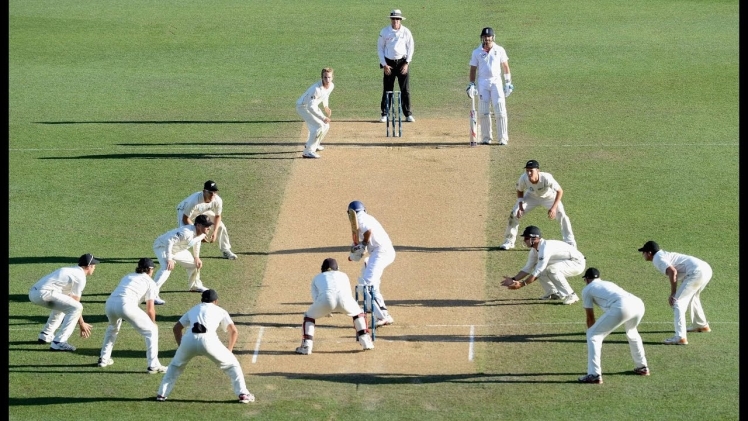 In India, cricket is that one game for which people are highly enthusiastic. Cricket lovers are found all over India in massive numbers. No other game in India is as loved, followed, and played by the Indians as Much as cricket. It is a game of bat and ball played between two teams of the most efficient players. Forms of fantasy cricket include T20, ODIs, and test matches. In southeast England, in the mid-16th century, cricket was at its earliest reference. With the sudden expansion of the British empire, cricket started to spread globally, with the first international match in the second half of the 19th century. It is a game conducted and monitored by the international cricket Council ICC, which includes over a hundred members.

This match was held on 9 October 1987 at MA Chidambaram stadium, India. In this match, the score of Australia was 270/6, and India was 269/10. In this thrilling game, the Australians scored and became the winning team against India. In the third match in 1987, Reliance World Cup, Maninder Singh took the shot towards long-on. Moreover, the tallest Indian fielder landed when he saw him. But they failed to catch the ball, and it landed behind him. The person standing behind the stumps, Kiran More, said that it was not a six, which brought a strange turn in this game, leading to the win of Australia and Making it one of the excellent cricket World Cup matches.

It was held on 2 April 2011 at Wankhede stadium in India, where Sri Lanka scored 274/6 and India scored 277/4. Kumar Sangakkara, one of the greatest left-handed batsmen, won the toss for Sri Lanka, choosing to bat first. Mahela, Jayawardene, and Sangakkara batting together for 62 runs but got dismissed for 48 runs. The great victory of India turned the game into one of the best cricket World Cup final matches of all time, with about 42,000 spectators at the venue. It was the first time when India attained victory on its home ground.

This World Cup between Pakistan and England was held on 25 March 1992 at Melbourne cricket ground, Australia. It was conducted with the umpires Brianne, Auldridge, and Steve Bucknor. It was the first-ever World Cup won by Pakistan. Defeating England by 22 runs under the captaincy of Imran Khan, one of the most popular fast bowlers in the history of cricket. Approx 87,182 spectators watched the match. In the last ten overs, England needed 84 runs from 54 balls at a strike of 9.33 for over, but eventually, Aaqib terminated England’s hopes with 62 runs from 70 balls, dismissing Fairbrother. In addition to scoring 3/49 and making 33 of 18, Wasim Akram was called the man of the match.

Previous articleWhat Are the Best Sports to Bet on in Massachusetts
Next articleWhat device do I need to enter the Metaverse?