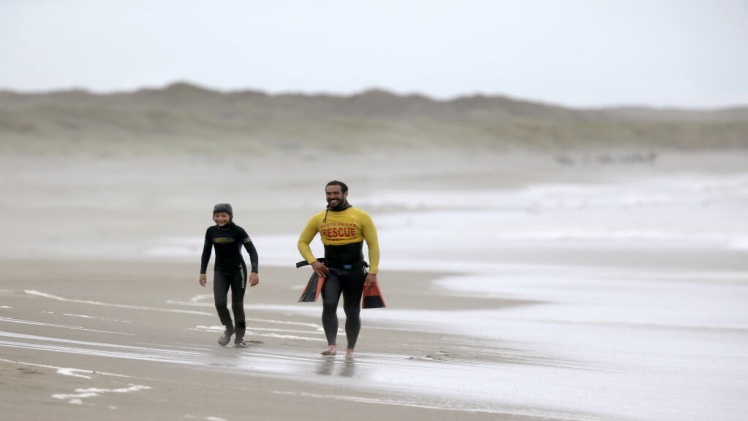 Lifeguards have to go through a lot of trials and tribulations. While some of those trials are fun for them, others are simply too painful to deal with. But the best thing about their job is that it is a journey that teaches them some best lessons of their life by making them meet different people who work mischievously to give us the following fun facts!

1. THEY ARE ALWAYS THINKING ABOUT COOL WAYS TO GET ON AND OFF THEIR HIGH CHAIRS

It is natural for a person to try and look as cool as possible. The concern of looking attractive to everyone takes over lifeguards as soon as they join their duties because they know that for the best part of their time on the beach or the pool, their bodies would be visible to the visitors. So apart from maintaining a healthy body, they also develop cool techniques to get on and get off their high chairs so that they could look visually appealing to every visitor who observes them.

2. THEY ALWAYS ADVISE PEOPLE TO WALK INSTEAD OF RUNNING

Lifeguards who have to perform their duties at a pool have to take care of a lot of things and sometimes it gets really hard to concentrate on everything simultaneously. However, one of the major things which concerns a lifeguard is the fact that the boundary area of the swimming pool is made of great quality tiles which are quite slippery, and the water that gets splashed on them makes a person more vulnerable to fall while running along the said area. That is why, lifeguards can be always found advising people to not run and instead they should walk around the boundary of the pool.

3. THEY HAVE TO YELL A LOT OF COMMANDS

Plenty of lifeguards have reported the issue of a sore throat because they had to spend the best part of their days yelling commands at the visitors of the pool or beaches. These commands consist of small instructions regarding the safety of the visitors and how they should be behaving while they are at the beach or the pool. Apart from that, they also have to educate a lot of visitors about why they should not swim in a particular part of the sea and why it is important to keep an eye on the children.

4. THEIR FEAR OF KIDS IS REAL

Speaking of children, well, let’s just say that lifeguards’ nightmares are made of children. No, it is not that they hate children. Lifeguards love children and they would love to be in the company of a sensible kid, but those are just too rare to find on a beach or a pool. Lifeguards come across children who do not know how to behave themselves when they visit a beach with their parents and it is the same set of kids who create a lot of trouble for lifeguards. Some lifeguards have reported that kids would often yell “SHARK! SHARK!” and that would scare the hell out of many visitors, but despite being a false alarm, a lifeguard has to do what they were taught when a situation of this sort arises. This is just one example which explains the dislike of lifeguards towards children.

5. THEY DO NOT NECESSARILY HAVE COOL STORIES TO TELL

Lifeguards do have a fun job but that does not mean that they have plenty of cool stories to tell you whenever they meet you. You should not blame the lifeguards for this, instead blame the citizens of that city whose beach is not infamous for some of the craziest beach incidents.

6. BAYWATCH DOES NOT DEFINE REAL LIFEGUARDING

Whenever someone would come to know that you are a lifeguard, they would immediately picture you as a part of the Baywatch cast. But it is now up to you whether you want to remain the coolest guy in the room or you want to tell them the truth about being a lifeguard.

7. MONTHLY TESTS ARE A PAIN

For many lifeguards, the lifeguard recertification process is a headache and they would have certainly chucked it if they had the option to do so. But since they already know that it is something that helps shape their career, they are fine appearing for it.

For lifeguards, the worst kind of people are those who play games with water like filling their mouths with water and then directing a jet of their mouth-water at their friends not knowing how many different things have contaminated that water.