More
HomeAllBundesliga: Time for a Change 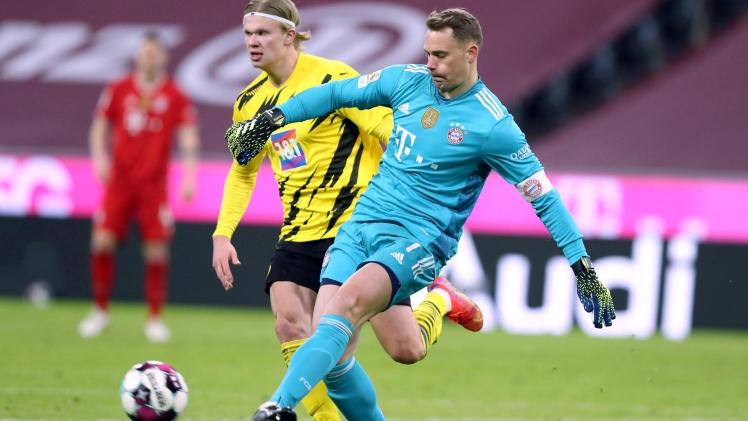 Bundesliga: Time for a Change

Bayern, Bayern, Bayern. They win league after league like it’s easy. But for them it kind of is: they are, arguably, the best managed team in the entire world. While Real Madrid and Barcelona are coping with major debts, and English giants can’t effectively manage their teams in terms of stamina as well as Bayern, they normally cruise through the Bundesliga and arrive fresh at the Champions League. They are also able to bleed their league dry, stealing every talented player and involving them in their squad: the last example was Upamecano.

Still, Bundesliga is not without surprises, because there are other teams with their own ambitions as well: football live scores and statistics are perhaps one tool you should not go by without, simply because they are the best tool to discern who’s starting the league on fire. And there’s a lot of fire on Bundesliga, and not all is red. Some is even sponsored by an energy drink. Let’s get a look at the main contenders.

Flick seems to be leaving, after an historic season on 2019/2020, and a bit more disappointing one in the last season: in relative terms, at least. He won the Bundesliga, afterall. This void of management may already be solved, but there’s no official statement yet, so we are left wondering and waiting. Still, he seems he may be taking Low’s position on the national squad, and so a shadow of doubt floats around who exactly will be Bayern’s next coach. What doesn’t change, however, are the likes of Neuer, Muller, Goretzka, Lewandowsky… You get the drift.

Thorgan Hazard, Axel Witsel, Jadon Sancho, Erling Haaland, Marco Reus, Brandt… and then Haaland. And do you want more? A very young Moukoko destroying every young league he played in, now prepared to perform amongst adults. With that much talent, it’s incredible that Dortmund is still not able to fairly compete with Bayern for the Bundesliga. However, as history shows us, Dortmund can and will eventually live up to Klopp’s performance on the team and sack one of those shields for themselves. It’s a matter of time; and looking at all the talent that is bursting at Dortmund, perhaps it’s not too far away.

I began this article talking about just how Bayern is well managed, both financial and sportively speaking. What I failed, intendedly, to mention, is that Leipzig is not joking around either. We are talking about a team with a dozen years, that climbed the rope like it was nothing, and is now arguably one the best three teams on a league like Bundesliga. A team that is constantly pumping their main project, RB Leipzig, with players from Salzburg, and other franchises all over the world, with a scout that would make some of the top teams hide their face in shame, RB Leipzig is now a fixed powerhouse on european football, and it’s not going anywhere. Sure, it lost Upamecano, but it just got Szoboszlai. Dani Olmo is showing that he can play as well in German as he played in Croatia, and Kampl, Poulsen, Sabitzer, Gulacsi, and the likes, maintain a stable core as to offer the new talents the chance to shine and, eventually, challenge Bayern’s claim to the Bundesliga title. Maybe they will even create some troubles in Europe, who knows?

Previous articleAconcagua Climbing: Tips to Enjoy This Experience
Next articleBetting too Troublesome and Hard to Get into if You Don’t Know the Trick