The 22nd edition of the FIFA Men’s World Cup is scheduled for Qatar next year. However, much is left to consider as the COVID-19 pandemic continues to hit countries hard. Several European and American countries are still in lockdowns and at different containment stages. This has also put a hold on some qualification matches, and at this moment, few countries can claim to have qualified for football’s most prized competition. There’s also the question of whether fans will be allowed into match venues. Read on as we consider all of these and more below courtesy of Mightytips.

Before the pandemic outbreak, Qatar 2022 was scheduled to break boundaries as it’s the first time the World Cup will take place in West Asia. Qatar is also the smallest country ever to play host to the FIFA World Cup. The Local Organising Committee and Qatar government made several arrangements to improve stadia standards and cater to the heatwave associated with summertime in Qatar. This includes scheduling the competition for November instead of the usual June/July duration of the tournament. It will also be the first time that the FIFA men’s World Cup will be played in twenty-eight days instead of the usual thirty. The World Cup matches will be played at eight stadiums across the twin host cities of Doha and Al Wakrah.

As usual, the competition will feature thirty-two countries, with five from Africa, thirteen from Europe, four each from Asia and South America, and three from North and Central America. Only one team has managed to qualify currently, being the host country Qatar. This is because host countries are granted automatic qualification from the date they win the bid. While host countries are exempted from the World Cup qualifiers, other countries have to fight for their place at the global football Mundial. This leaves punters with a host of games to stake on at 20bet.

Will Spectators Be Allowed Into Qatar?

The timeline for the return of spectators to match venues remains unknown due to the coronavirus pandemic. A major determinant of such a return will be how the world moves on from the pandemic, vaccination, and testing requirements. It’s, however, unlikely that spectators will be allowed into venues to prevent an influx of supporters into the small country. Just like the Euros and Olympics scheduled to hold later this year, fans will have to make do with TV broadcasts and pay-per-view subscriptions.

When Will The Remaining Qualifying Matches Be Played?

The past week saw the Confederation of African Football and FIFA jointly announce the postponement of the African qualifying games for Qatar 2022. Chief among the reasons cited were the uncertainty of health safety in some countries and the issue of having to play the matches at neutral venues. FIFA has now decided to reschedule the games across September, October, and November 2021 and, March 2022 to give the teams optimal match playing conditions. The qualifying games were earlier scheduled for June 2021, with forty African countries battling for the continent’s five spots. It remains to be seen if there will be any scheduling conflicts for the European and other continental qualifiers.

Qatar 2022 will also be heralded by the FIFA Arab Cup 2021, which is the first pan-Arab FIFA soccer tournament. The competition will feature twenty-three countries and will be played at six world cup venues. This will allow FIFA and Qatar to test the facilities and venues ahead of next year’s world cup. The tournament has also been scheduled for November, with the final match taking place on December 18 – the National Day of Qatar and the intended date for the World Cup final. The tournament will feature teams from the Middle East and Arab World, and African countries like Tunisia, Algeria, Egypt, and Morocco. Due to Qatar 2022 being the first World Cup edition on Asian and Middle Eastern soil, FIFA hopes to better prepare for the Mundial by watching and learning from the success of the Arab Cup 2021. 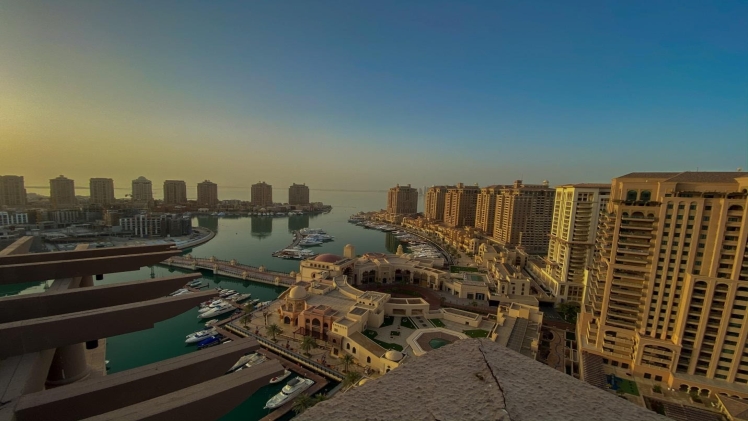 Similar health and safety recommendations to those operating in the domestic leagues, European Cup and Olympics. Some of these will include wearing facemasks, pre-match testing for players and officials, social distancing, and restricted gatherings to reduce the transmission of the coronavirus should any of the players get infected. FIFA will also uphold other WHO recommendations, such as spectator-free venues and tourist bans.

Qatar 2022 is set to be an intriguing soccer festival. Though the stadiums are likely to be empty, football’s biggest trophy often comes with passion, desire, determination, and of course, shock results. Spectators and punters alike are sure to be glued to their seats, screens, and 20bet wagering accounts as every moment counts. The sportsbook will have all sixty-four World Cup matches available to punters with constant bookmaker reviews and updates on the Mightytips website.

Previous articleTop 5 advantages of playing on the secure online casino
Next articleIn 2021, There are Ten Main PPC Trends to Keep an Eye on