More
HomeSports6 U.S. Olympians Who Have Had the Courage to Share Their Mental... 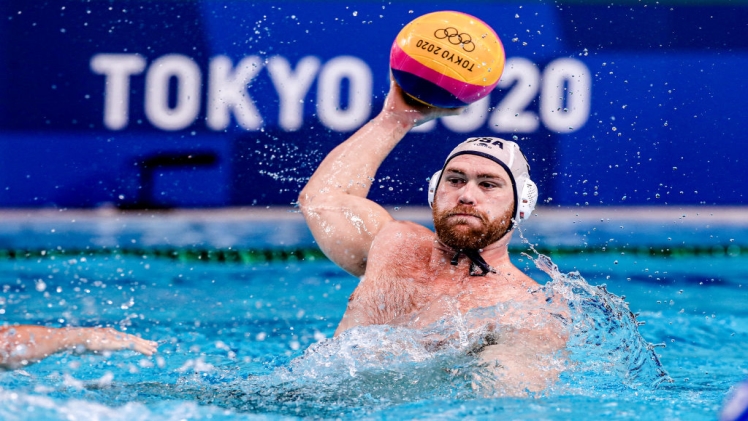 6 U.S. Olympians Who Have Had the Courage to Share Their Mental Health Struggles

Even America’s top athletes can have mental health struggles. That message came through loud and clear this past week when Olympic gymnast Simone Biles withdrew from several of her events in Tokyo “to focus on my mental health,” in her words. Biles reportedly is taking medication for anxiety and is not alone in her struggles with this common and very treatable condition, among others.

The Prevalence of Mental Illness

Many other Olympic greats have been open about their mental health challenges, which help to illustrate the prevalence of mental illness in this country and the fact that anyone can be affected. Nearly one in five adults lives with a mental illness, according to the National Institute on Mental Illness. Among them are some of the world’s most gifted and accomplished athletes.

5 More Olympians Who Have Opened Up About Anxiety, Depression and Addiction

Here are five other U.S. Olympians who, like Biles, have shown courage in talking about their struggles with mental illness and the need for treatment.

Phelps has been an inspirational advocate for athletes struggling with mental health. The greatest swimmer of all time and winner of 28 Olympic medals has been in the spotlight for other reasons also. He has struggled with alcohol, drugs and depression and has been open about going to treatment for these issues. Phelps said he would get depressed after each Olympics and resort to drinking or smoking pot to relieve the depression.

Depression that co-occurs with substance abuse is a common “dual diagnosis” (also known as a co-occurring disorder). For example, at least 40 percent of people with a drug or alcohol disorder also have a co-occurring mental health condition like depression.

Many people who suffer from depression also have a co-occurring anxiety disorder, such as generalized anxiety disorder (GAD). (Learn how dual diagnosis treatment can help people find recovery and better quality of life.)

Two-time Olympic gold medalist Raisman was one of the hundreds of women who came forward to testify publicly about being sexually abused by former USA Gymnastics and Michigan State doctor Larry Nassar. Raisman has talked about how therapy has helped her process that trauma and cope with post-traumatic stress disorder (PTSD).

PTSD can develop in the aftermath of a trauma like sexual abuse. The person will continue to experience unwanted reminders of the event, such as disturbing memories or nightmares that can be accompanied by hypersensitivity to certain triggers and anxiety and depression. Trauma-focused therapy and medications have helped many people with PTSD achieve recovery and better quality of life.

The 23-year-old, four-time Grand Slam champion dropped out of the French Open and missed Wimbledon to take care of her mental health. Osaka has said she has struggled with severe anxiety before speaking with the media and taking questions at press conferences. She also said she was experiencing bouts of depression in the lead-up to the French Open.

Anxiety is the most common mental health condition in the U.S. Depression, specifically major depressive disorder, is the leading cause of disability among Americans ages 15 to 44.

The silver medalist at the Tokyo Olympics and 2019 IWF World Weightlifter of the Year has been forthcoming about her diagnosis and the stigma surrounding it. Nye reportedly told NBC that she was “offended” when she was first told she had the diagnosis but came to understand that her reaction was on account of the stigmatization of the condition.

Nye was first diagnosed with bipolar II two years ago. After a less than stellar performance at the Junior Pan American Championships in Cuba, Nye fell into a severe depression diagnosed as bipolar.

Bipolar II disorder is a mental illness characterized by debilitating mood swings that oscillate between depressive episodes and “hypomanic” episodes (not full mania).

As the highest all-time scorer for the U.S. women’s national soccer team, Wambach has won two gold medals at the Olympics and a World Cup championship. In April 2016, after being arrested for driving under the influence, Wambach sought treatment for drug and alcohol addiction. In her book Forward: A Memoir, she described the arrest as the “rock bottom” that ultimately motivated her to get and stay sober.

Read More: World Latest News Website wikifollowers.com and ezwebblog.com/ also check tech social blog site fashionwebarticle.com
The courage of these Olympians, in talking openly about their struggles and how they found help, can be a source of hope for anyone struggling with mental illness.