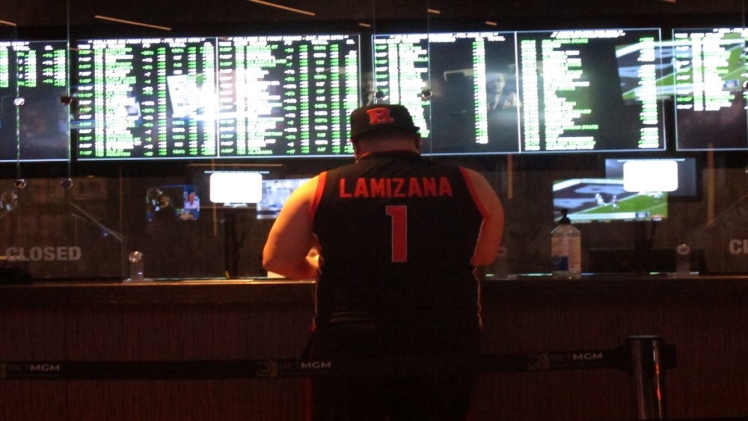 Why NFL is Investing $6.2M Into a Responsible Gambling Campaign

As sports betting continues to grow in popularity in the U.S., you may be surprised to learn that the National Football League has invested more than $6 million into a campaign to reduce gambling-related problems among its fans and players.

According to the league website, it is estimated that over 45 million Americans plan to bet on this season’s games. That’s an 18% increase from the previous year. Both young and mature bettors are up for the challenge of figuring out which NFL lines to play each week.

Regarding this, the NFL aims to raise awareness of the dangers of gambling addiction and help people who gamble seek treatment. The league also wants to make sure that all the money spent on betting goes towards helping those in need.

What is Problem Gambling?

Problem gambling is defined as a condition where there is a persistent desire or repeated unsuccessful efforts to control preoccupation with gambling activities that take over one’s life. It can lead to significant social, occupational, legal, financial, and health issues.

The most common symptoms include:

How Does the NFL Aim to Address the Issue?

According to Christopher Halpin, NFL betting should be fun, and it is the role of the NFL to voice and educate gamblers on responsible betting. He said that the NFL recognizes that the available program is under-sourced and believes NFL involvement will help educate wagers on responsible gambling.

To address this issue, the NFL will partner with the National Council on Problem Gambling to develop a set of guidelines for responsible gaming. These guidelines will cover areas such as advertising, marketing, sponsorship, and player conduct.

In addition, the league will encourage gamblers to visit the NCPG website to find information about how to get help if they have a gambling problem.

The NFL will also work with NCPG to provide educational materials to schools and youth leagues. This includes anti-gambling messages that can be used during halftime shows and game broadcasts.

The program will be a three-year effort with great collaborations from the NFL, NCAA, and NCPG. In addition, the NFL will donate more to support the initiative.

This is not the first time that the NFL has taken action against gambling. Last year, the NFL announced that it would no longer allow any team member to wear a helmet decal featuring their favorite sportsbook.

It was reported that the league had been receiving complaints from some teams about gambling ads appearing on helmets.

Will This Program Work?

This program seems like a great idea because it addresses a serious public health concern. However, there are some concerns regarding the effectiveness of the program.

First, the program is not mandatory. As a result, many gamblers may ignore the message. Second, the program relies heavily on self-reporting. This means that gamblers will only report their gambling activity if they feel guilty about it.

Third, the program is voluntary. As a result, gamblers may not want to participate in this program.

Is This Program Worth the Investment?

The program is well thought out, and it has a good chance of working. We believe that it will create awareness among gamblers and prevent them from getting involved in gambling.

However, the program is voluntary, and gamblers may choose not to take part. Therefore, it is important to make sure that the program works effectively. If it doesn’t work, then the money spent on the program could be wasted.

This is the first program NFL is running on a large scale. It aims to show what works and what doesn’t work to come with recommendations for future programs regarding gambling issues.

Investing an initial amount of $6.2M is sufficient to address the key challenges facing the program. The NFL should continue to invest additional funds to ensure success.

The NFL is making a smart move by addressing the growing problem of gambling addiction. The program is voluntary, and gamblers should feel comfortable taking part in it.

If the program does work, then the NFL will consider expanding it to other parts where players wager on NFL.

They’re doing this through education and prevention. I don’t see why anyone would disagree with that.

Do you think the NFL’s move is a smart move? Share your thoughts below.

Previous articleIs Forex a Profitable Investment? Know All About The Forex Trading Aspects
Next articleFactors That Affect Moving Company Quotes