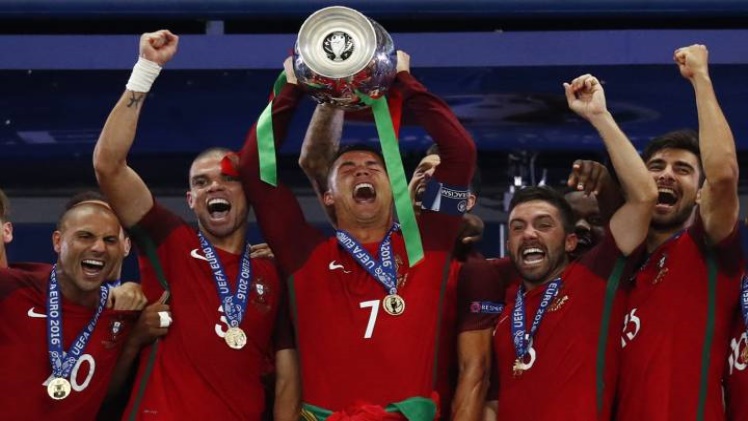 Over a year on from its first planned start date, Euro 2020 looks set to go ahead in the summer of 2021. And whilst the COVID-19 pandemic and its various outbreaks around Europe have once again broken headlines and dismantled the initial plans for a ‘romantic tour of the continent’, fans can at least begin to look forward to seeing their country take to the pitch in somewhere/somehow now, especially now that the European Super League debacle has been put to bed for the time being.

Esports and real world sports betting experts Unikrn have an unbeatable range of odds and markets available to users on their site, and here are some of their early picks and insights into who you should be looking to follow at this summer’s Euro 2020 tournament.

Given the quality available at their disposal and their most recent run at a major international tournament, it shouldn’t come as a huge surprise to most football fans to see Esports betting specialist Unikrn have made France their favourites in their tournament outright markets.

The 2018 World Cup winners are blessed with a wealth of talent to begin with, but the likes of Kylian Mbappe, Lucas Hernandez, Clément Lenglet, Kingsley Coman, Raphaël Varane and Benjamin Pavard have all arguably grown even stronger in the three years that have passed since they all played their part in lifting the country’s second ever World Cup.

In fairness, it has typically never been a lack of quality that has even been the issue for France at major international tournaments though.

Everything from the supposed weakness of the French domestic league, disharmony between players, managers and boardroom executives and overall lack of experience in the deeper end of tournaments has all been accredited with the reasons why France had to wait thirty years for another World Cup, but it’s clear that all of those issues are now behind the side heading into this summer’s tournament.

With form, quality and now experience behind them, it would take a brave individual to bet against France being in around the final few sides left standing.

Locking horns with France for the crown of the joint-favourites for Euro 2020 glory is, and we’re not trying to jinx things here, Gareth Southgate’s England.

The Three Lions made a surprising surge to the semi finals at the 2018 World Cup in Russia, their first top four finish at a major international competition since 1990, and there’s a real sense of harmony and togetherness between players and staff for the first time in a long time in the England camp currently.

On top of that, there’s a very strong argument to suggest that the roster Gareth Southgate eventually takes to the Euros with him in the summer will be significantly stronger than the one that reached the final four at the last World Cup.

Not only have the likes of Marcus Rashford, Luke Shaw, Trent Alexander-Arnold and John Stones all shown dramatic improvements in their game in comparison to 2018, but England are perhaps one of the great benefactors of Euro 2020’s delay. In comparison to last summer, England now not only have one of the greatest collection of exciting young talents in the world, but a crop of players who have just benefited from an extra year of domestic football.

Prospects such as Mason Mount, Jadon Sancho, Reece James, Declan Rice, Bukayo Saka and Dominic Calvert-Lewin have all emerged in the time between the 2018 World Cup and this summer’s Euros on the back of strong domestic performances for some of Europe’s best teams, whilst players like Manchester United’s Mason Greenwood and Borussia Dortmund’s Jude Bellingham are not only a sign of things to come, but could also make a late surge into Southgate’s plans.

If England can find the winning formula in terms of keeping fans on side with a formation that allows for these creative forces to be unleashed on the biggest stage, there’s absolutely no reason to bet against the Three Lions doing some damage at the Euros.

The team will also benefit from a.) a reasonably easy group to qualify out of, and b.) the fact that a few of their rival forces will be forced into facing each other.