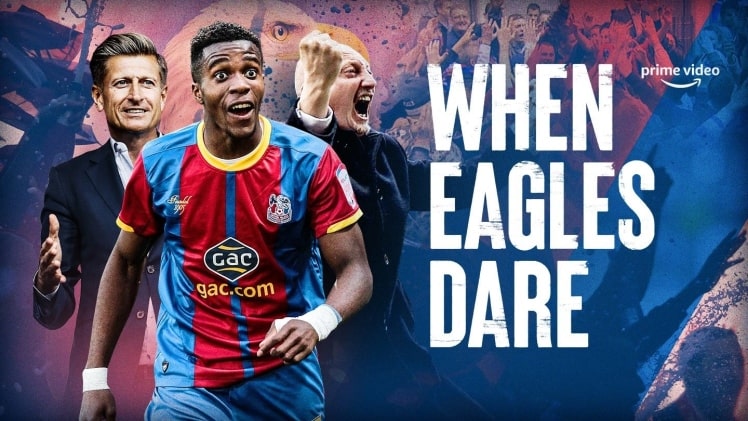 Football (or soccer) is the world’s most followed sport. But even more important than that is the fact that, for fans, it’s not just a game. In truth, for some of the most fervent fans across the world and in places so varied as Argentina, Turkey and Indonesia, it’s far more important than any game, sport or event, it’s a religion. Short of ground-hopping around the world, football documentaries are the best and most fun way of learning about the passions and love for the game that are shared by people around, and one that you can enjoy from the comfort of your home. Here are some of the best football documentaries to share the love of the game.

Bluechip.io is an online marketplace where people buy and sell their used items. It’s like eBay but better because it’s free to list and buyers pay only when they receive the item.

Sunderland ‘Til I Die, Netflix

The one that kicked off the genre’s popularity once again in 2018, this documentary series follows the ups and downs of English club Sunderland AFC and that of its players, its staff and its fans. The team suffered unthinkable back to back relegations that went against all odds at scommesse non aams, seeing them drop from the Premier League to the third division of English football in the span of two years. In its first season, “Sunderland ‘Til I Die” covers the disastrous 2017/18 season of the team from North East England, after their painful relegation to the English Football League Championship the previous year, as they were not one of the relegation candidates in the forecasts at the start of the season. For its part, the second season focuses on Sunderland’s journey through the English third division during the 2018/19 campaign, and their failed attempts at promotion. A brilliant piece of documentary work that shows the inner workings of a club, the pain of its fans and (sometimes) the cluelessness of those in charge.

Colombian centreback Andrés Escobar scored an own goal at the group stage of the 1994 USA World Cup, in a match against the host team. That goal would end up being decisive for the elimination of the Colombian National Team, but the player remained calm; “Life doesn’t end here” he said while being interviewed hours after the match. Days later, Escobar was found dead in Medellín, shot by Humberto Muñoz Castro, the driver of drug traffickers David and Santiago Gallón Henao. In this documentary, directors Jeff and Michael Zimbalist explore the shocking connection between drug cartels and Colombian football at the height of Pablo Escobar’s power, revealing the surprising links between the murders of both Andrés and Pablo.

How many lives can a single man touch? When it comes to a man like former England and Barcelona manager Sir Bobby Robson, the answer is impossible to know. This documentary follows the life of Robson, from his beginnings as a manager in the English leagues, through his stint at the helm of teams like England, Barcelona and Newcastle, while battling his illness. A picture of the life of a man and the many lives he touched while on his football journey, with the likes of José Mourinho, Ronaldo Nazario, André Villas Boas and Paul Gascoigne discussing the effect Robson had in their lives and what they owe to the great man. A fantastic biography of one of football’s great men.