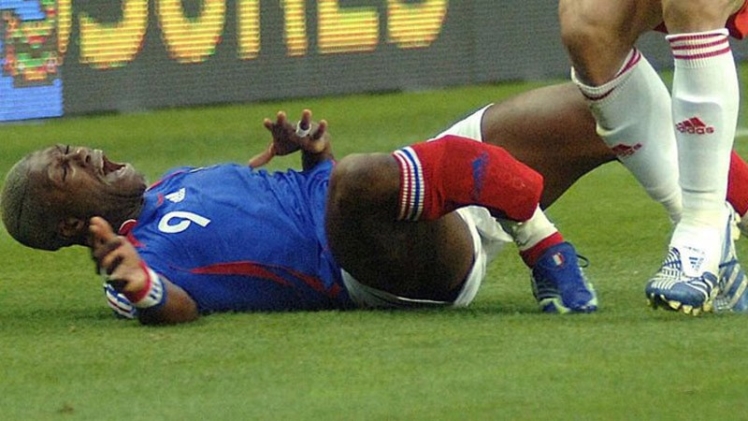 The Most Serious Injuries in Sports History

Professional athletes are among the most prone to injury among any one. Any time an athlete steps on the field of play, there’s the potential that they may suffer a severe injury.

This could also include stretching, ice baths, visiting an infrared sauna Sydney for recovery,  various training methods, and dieting.. However, regardless of how hard you exercise, an injury may happen at any moment. You make a quick cut past a defender, but a linebacker hits you from behind or you lose your footing and your season may be over in a flash. Or, things might be worse: you suffer a career-ending injury.

Even if you’re not a pro athlete, playing sports for fun can result in injury. Just make sure whoever is at fault is held responsible. Talk to a personal injury attorney to discuss the incident and your options.

Here’s some of the most severe injuries an athlete can suffer.

ACL injuries occur often in all sports, but football players experience them more frequently than most other sports. The ACL, also known as the anterior cruciate ligament, is responsible for 90 percent of leg stability and is required for dynamic movement. How do you strain or tear the ACL? Quick changes in direction are a common cause. In lateral-motion-intensive sports like football and basketball, the danger is particularly significant.

When an athlete tears the ACL, there’s a “pop”, followed by excruciating pain. Unfortunately, this spells doom for a professional season as the athlete usually needs a full season to rehab and recover from such an injury.

Sometimes, this devastating injury can hinder a player’s athleticism, even after a full recovery. But, that’s not always the case. A perfect example was NFL player Adrian Peterson’s ACL and MCL injury in 2011. Many questioned whether or not Peterson would ever return and if he did, would he be the same. Well, he did return ten months later and went on to play one of the greatest seasons in NFL history, running for more than 2,000 yards. Despite the Cinderella story, Peterson is an exception; athletes often need the entire healing period for this injury.

Concussions have gotten a lot of attention in recent years, but they’re still a frequent hazard for athletes, and recovery times vary depending on the circumstances. Many coaches and players have simply brushed them off in the past, but the truth is that they may have a variety of serious consequences for athletes, including vision loss, memory difficulties, motor function disorders, and long-term repercussions. Because concussions may compel players to retire if they are serious enough, organizations like the NFL and MLB have implemented new procedures and rules regarding brain injuries.

Your legs are the strongest weight-bearing bones in the human body. Your femur (thigh bone) is four times tougher than concrete, so breaking it is very difficult for athletes. When it does happen, though, it is a devastating injury—and athletes don’t always recover. Every athlete dreads the sound of a tibia breaking, so when one occurs on the field, everyone kneels and prays.

MMA legend Anderson Silva suffered one of the most leg breaks in recent memory. In December 2013, in his anticipated rematch with Chris Weidman, whom he suffered an upset loss to months prior, Silva broke his leg when Weidman checked a leg kick in the second round, suffering a broken fibula and tibia. While Silva would recover and compete in the Octagon again, he was never as dominant again. In fact, he one just one fight in seven fights after the injury.

Back injuries are among the most serious that may occur in sports. One of the most frightening kinds of back injury is a broken vertebrae, which may restrict a person’s ability to move and even end in paralysis.

NFL players such as Cam Newton and Tony Romo have suffered spinal injuries, but both have completely recovered. However, for other players, it meant the end of the career. Kevin Everett, a tight end for the Buffalo Bills, had the injury early in the 2007 season, essentially ending his career and putting his ability to walk again in jeopardy, but he recovered completely.

Previous articleNo Stress and Fatigue: your guide to a healthy relocation
Next articleTop Things to Understand When Getting Started In Sport Fishing