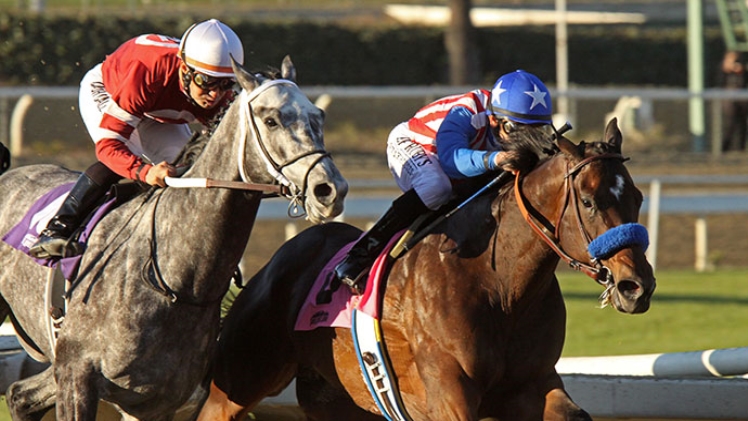 When you think of cloning you probably think of Dolly the Sheep. Or, perhaps you think of a sci-fi movie with doctors in long white coats with overgrown frizzy hair holding bubbling test tubes of liquid. Cloning is no longer the stuff of sci-fi movies and dystopian novels; it is now a fairly simple and straightforward scientific procedure that can be carried out with ease and accuracy. Cloning horses is something that has been going on in labs for longer than you may think. However, as with all scientific advances, with cloning comes the question about what and when and why it should be done. Clearly there are some medical advantages to being able to clone the traits that are desirable for treating diseases, and this is a good thing. However, how do you feel about the prospect of looking at cloned horses when you are searching for racing tips on TWE? It’s time to take a closer look at the controversy surrounding cloned horses and racing.

Firstly, let’s establish the current rules around cloning and horse racing. At the present moment, cloned horses are not permitted to race in competitive races. There are several reasons for this, and perhaps one of the most compelling is the fact that cloning a horse costs a great deal of money, as you might expect. This means that the sport of horse racing – which is there to be enjoyed by all – becomes much more a sport of the elite and the wealthy. By this, we don’t necessarily mean the bettors and the spectators but rather the owners and trainers.

Consider this – a wealthy owner buys a top performing horse – an expense in itself. The horse is then cloned – this can cost in excess of £80,000. Then, the horse is trained and races and dominates the racing. Great for the owner, and also for many bettors – but there are many who will say that it is unfair and not in the spirit of racing because the victory has been – in many ways – purchased rather than worked for. Surely one of the key things about racing is that it is about the skill and dedication of the trainers and the knowledge of the owners. With cloning comes a shortcut – for those who can afford to take it – that allows a few individuals to dominate a sport that has always been open and inclusive.

The controversy comes when you consider that other equestrian sports such as show jumping do allow the use of cloned horses, and this is a topic that has been debated by those inside the sport as much as it has by those outside of it. The reasoning behind allowing the horses to be used is that as long as the cloned horse is not a full genetic match with the clone, then there is still skill and training and riding the horse to a win.

Outside of competition, many object to the cloning of horses for sport simply because they feel that cloning is a slippery slope that we should not be stepping foot on. Those who object ask where cloning stops and whether we are in a position to be ‘messing with nature’ in such a way.