More
HomeSportsReasons to Own the Kevin Durant NBA Swingman Jersey 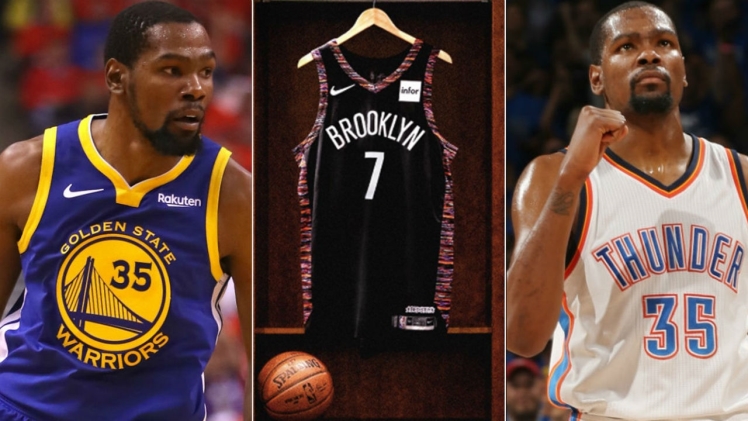 Reasons to Own the Kevin Durant NBA Swingman Jersey

Who has not heard of Kevin Durant? He is practically one of the most recognised faces in the NBA, breaking records since he joined the sports association in the late 2000s. Kevin Durant has received the NBA Champion award and NBA Finals Most Valuable Player twice.

Not only that, he has been considered an NBA All-Star for eleven seasons. The NBA player’s career is elegantly decorated with all the awards he has received through his years on the basketball court.

If you want to own a piece of this basketball icon’s extravagant contribution to the world of sports, durant jerseys take you a little closer to the man behind the name. The Kevin Durant City Edition NBA Swingman Jersey has all the right elements that capture the sportsman.

The Nets Nike City Edition Jersey is not just about Kevin Durant, but it is weaved in celebration for the Brooklyn fans who showed community support to recognise and define Brooklyn identity.

This commemorative basketball jersey has all the marks of Brooklyn, including the smirked blue, red, white, and yellow hues to the side. Along with that, the shirt has the words BKLYN NETS spelled on the chest, showing the mark of the indelible team.

Kevin Durant is a Brooklyn Nets player, and he has been one of the team’s best assets since joining in 2019. He possesses all the right tools of the trade in basketball, and getting the limited-edition jersey is the right way to re-experience his performance for this playoff season.

The Shirt Is Designed to Help You Stay Cool

This Nike City Edition Jersey is made from recycled polyester with a double-knit mesh for added comfort. It is lightweight and durable, combining both material and design to keep you dry and comfortable.

All designs of the durant jerseys from the Nike lineup are marked with Nike’s signature Dri-fit Technology. This feature removes sweat from your body, keeping you dry and fresh even during heated games. Additionally, the jersey has an athletic slim cut making it body-conforming compared to traditional basketball jerseys.

However, its cut and designs do not discount those who prefer to wear their jerseys a little baggier. You choose one size larger, and you can get the look and results you want. The Kevin Durant jersey is not just a good addition to your collection, but it brings the vibe of a man who has made a mark in the sporting industry.

Getting In-depth with the Man Behind This Jersey’s Inspiration

Kevin Durant has come a long way since his debut at the 2007 NBA draft playing for the Seattle Supersonics. Born in Washington DC, Durant first had a taste of hardship when his mother was forced to raise him independently.

The basketball player first got introduced to the sport at 13 when his father decided to reenter his life. He was forced to travel the country with his father, exposing him to basketball tournaments and further instilling the future of the NBA superstar.

Durant had his share of challenges, including injuries, social backlash, and insecurities that jeopardised his career. But, he continues to stand through it all.  This is commemorated with the Nike rendition of the Durant jersey, celebrating the life and career of a man whose energy and motivation continues to give light to the Brooklyn Nets team.

Previous articleThe Best Forex Trading Platforms For Beginners
Next articleSinglets: Why Are They Perfect for Your Gym Workout?