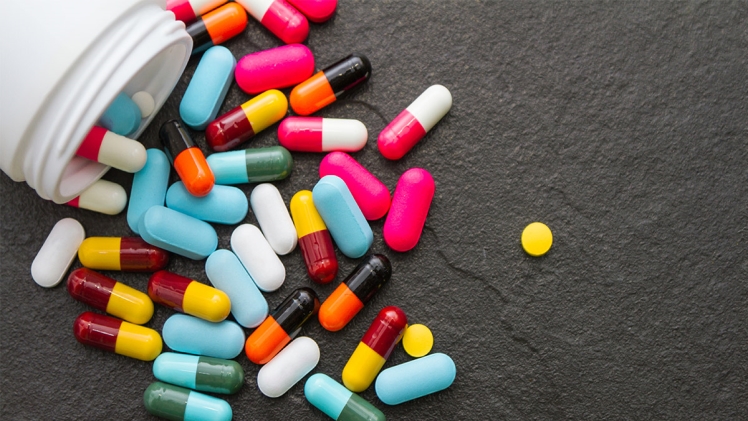 If you have ever taken medication, you know that there is a difference between over-the-counter and prescription-based drugs. And you likely understand that the latter will require a prescription from a licensed physician as well. This concept is nothing new as it has been around since 1938, which is when the U.S. Congress passed the Federal Food, Drug, and Cosmetic Act. Essentially, the passing of the Federal Food, Drug, and Cosmetic Act was a bid to restrict the use of drugs deemed potentially harmful if misused. Ensuring that these drugs are only available to individuals with a valid prescription has been shown to lower the risk of such misuse. And in the case of certain drugs, it has also been proven to minimize the risk of addiction. Unfortunately, many people in the U.S. still misuse or abuse a wide variety of prescription and over-the-counter drugs.

Why Is Abuse of Medications So Common in the U.S.?

According to a study published by the National Institutes of Health, the world’s largest biomedical research agency and a part of the U.S. Department of Health and Human Services, roughly 18 million Americans reportedly abused a prescription drug of some kind in 2016. Now, as far as why so many people in the U.S. abuse prescription medications, the answer is brilliantly summed up in an article published by the Substance Abuse and Mental Health Services Administration (SAMHSA). And it comes down to perception, particularly among teens and young adults.

The article revealed that many people believe prescription drugs are safer or less harmful compared to street-level drugs.  Further, taking prescription drugs is not stigmatized in the same way as taking street-level drugs, many believe. But what many of these same individuals fail to realize is that there is a plurality of short and long-term health consequences that come with using even prescription drugs inappropriately.  According to the Food and Drug Administration (FDA), individuals who abuse or otherwise do not take their medications as prescribed are more likely to develop an addiction, experience a worsening of their existing health condition, require hospitalization, or, worse yet, die.

Most Commonly Misused or Abused Medical Products and Drugs in America

Current data shows that many Americans misuse or abuse a wide range of prescription drugs prescribed to them to treat a legitimate health problem.  The same was determined to be the case for the ones obtained without a prescription as well.  Some of these drugs include the following:

Along with these specific medications, many people in America are also abusing or misusing drugs that few would have ever imagined.  And this is the case whether they were obtained legally, meaning with a valid prescription, or illegally.  That said, this surprising list of misused and abused drugs in America include the following:

Antivirals – For those not aware, antivirals are a class of prescription-based medications that help the body fight off viruses that would otherwise give way to disease. While this is a positive thing, some people have managed to turn it into something negative by misusing them. For reference, antivirals are drugs that can help lower the risk of contracting herpes, human immunodeficiency virus (HIV), and even various strains of COVID-19. As far as misusing antivirals, many people will skip doses or engage in a starting and stopping routine that renders the drug less effective. Also, some people will take these drugs longer than recommended.  Doing so leads to a condition known as antiviral resistance, which, in turn,  increases the chances of contracting various diseases.  Some of the side effects that come with misusing antivirals include the following:

Hormone Replacement Drugs –  For those struggling with a hormonal imbalance, hormone replacement drugs are a godsend.  But they can also spell trouble for those who abuse or misuse them.  And this is especially true for hormone replacement drugs designed to boost low HGH levels, such as Sogroya, Humatrope, and Saizen, for example. Studies show that the risk of suffering the following HGH side effects are higher among those who either misuse or take these medications without a valid prescription from a licensed physician:

Headache medications – According to a study published by Statista, an online resource for statistical market and consumer data, more than 15 percent of American adults say they suffer from severe headaches or migraines on a regular or semi-regular basis. Whether it be prescription drugs to treat migraines, such as Axert, Relpax, Frova, Amerge, or Maxalt, or NSAIDs (nonsteroidal anti-inflammatory drugs) to put an end to a thundering headache, misusing these drugs can cause the following side effects:

Contraceptives – Most will agree that contraceptives are effective in protecting against unwanted pregnancies and sexually transmitted diseases. However, reaping these benefits requires using them as directed by the manufacturer or as prescribed by a licensed physician.  Studies show that not doing so can increase the risk of suffering from a variety of unpleasant symptoms.  Particularly in women, these symptoms include changes in mood, headaches, low libido, fatigue, and weight gain.

Among other things, doping can cause a wide range of cardiovascular problems, some of which include the following:

It is worth noting that these same heart conditions can, in some cases, result in sudden death, according to the same National Institutes of Health study.

In summary, abusing drugs, prescription-based or their street-level counterparts, is a bad idea and should be avoided at all costs. The same applies to over-the-counter medications as well.  Of course, for those who have already developed a dependency or find themselves confronted with health problems due to misusing or abusing these drugs, it would be in your best interest to seek help as soon as possible.