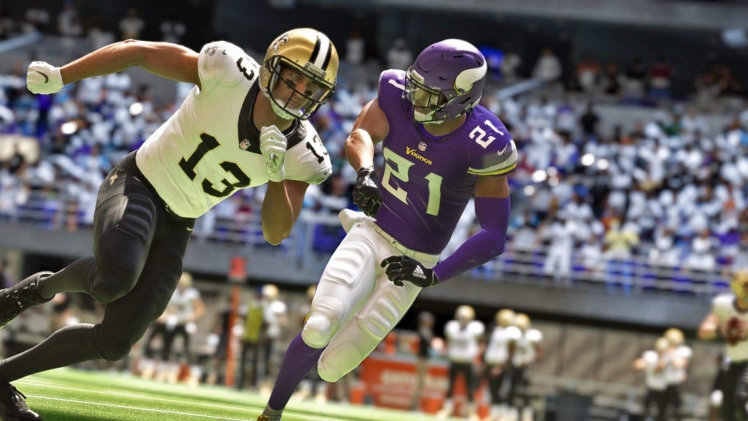 Madden NFL 22 brings many new features and changes in the gameplay. We’ll show you how to use the new mechanics successfully, which will help you get a great start in the game with less Madden 22 coins. Here’s 22 tips you need to know before you play Madden 22.

Don’t hold down the sprint or acceleration button too much too early in a play, this is the RT or R2 button depending on your controller. Whether you’re on the old systems or the new systems this applies, but even more so on the new systems just because of the way the movement has changed. You never want to hold down this sprint button until you are in the open field and ready to break away from the defense. Whether you’re running the ball up the middle running it on the outside or even catching the ball, you don’t want to hold down the sprint button when you try to change direction and turn up field, because if you do you will not be able to turn up field with good precision and it’ll just put you in a bad situation. Try to stay off this button until you’re in the open field and ready to break away.

2. Spin Move is The Best

The spin move is the best move in Madden 22, this goes for both the old systems and the new systems, but this is even a little bit better on the new systems just because of the way the new movement system is. The jukes don’t seem to work nearly as good this year unless you have a running back with a juking ability that gives him faster jukes otherwise across the board. The spin move is going to work for any wide receiver, any running back and even the quarterback, what you want to do is you want to hold the B or circle button and then you need to also hold the left joystick into the direction you want to spin. So if you’re on the right and you’re trying to spin to the left, you would hold the B or circle button and hold the left joystick to the left, you’re going to get a nice quick spin animation and it’s going to fake out defenders more than any other move in the game.

If you like playing online regular head-to-head, you want to use some of the best teams to give yourself the best chance to win. The bills are a great team this year, they have a quarterback with good abilities, a good receiving core, a fast offense and a pretty good defense. You also want to look at a team like the Packers that have the best wide receiver and quarterback combo in the game. Aaron Rodgers has the best release in the game, they have good speed on defense and good pass rushers as well. The Chiefs of Course are loaded, they have speed everywhere, got a dominant offense and on defense they’re just good enough to get the job done. And a really great sleeper team are the Arizona Cardinals, Kyler Murray has some great abilities this year on offense, they have good receivers, a ton of speed on defense and two pass rushers with pass rushing abilities which makes them really tough to go against. But surely, you will prepare some MUT coins for getting them.

Here are the best abilities you need to be aware of in Madden 22. If you’re playing regs, you need to find teams that have these abilities:

If you’re an Ultimate Team player, you’re going to want to acquire these abilities on your players.

For quarterbacks, you need to look at the gunslinger ability which for QB’s on the regular roster has these and Ultimate Team you can find different QB’s to equip this ability to. what this does is give you faster throwing animations more velocity and you can fit the ball into tighter windows. If you can’t get that, you can also look at set feet lead which is kind of the second best thing to this,and also of course escape artist is really good for getting outside of the pocket and making it tough on the defense. For running backs, you want to look at any ability that helps them with ball carry moves whether it be bruiser which gives you better truck animation. whether it be jukebox which gives you better jukes or spin cycle that gives you better spins. For wide receivers, you typically want to look at players that can get route technician because they’re just going to run their routes a little bit more crisp, they’re going to leave defenders in their dust more often. And on defense, the main thing you want to look for are pass rushing abilities defensive ends or outside linebackers that can get things like edge threat, for example they’re going to shed blocks and get to the QB much faster.

5. Be Careful With Zone Coverage

Be careful with zone coverage at the beginning of the year. Zone coverage is not playing the greatest, specifically cover two. You want to stay away from cover two until it gets more of a patch or an update, we are  sure after a month or two they’re going to make tweaks and adjustments here. But cover 2 is very risky right now, cover 3 can also be risky so be careful with it if you’re a zone defense guy you might want to look at doing more cover fours as a base defense to start the year, and of course you can use man defense as well.