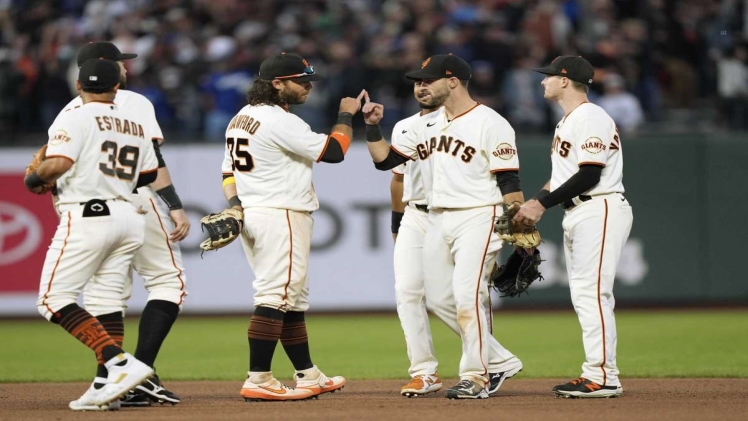 The San Francisco Giants are making MLB history in the 21st Century. In spite of their victorious prior runs and World Series titles in 2010, 2012, and 2014, the 2021 season has so far been the most historically significant for the Giants since the club moved to San Francisco in 1957. The Giants are currently 90-50 for the first time in over a century, and this is the first time since 1913 that the they’ve managed 90 wins within the season’s first 140 games.

Larry Baer, Giants CEO and President, who joined the Giants in 1992, commented, “I think there’s something pretty deep-seated in being part of a winning culture,” with regard to the conviction of his players and the spirit of camaraderie that the Giants are known for on and off the field.

Finishing 10-6 in their most arduous 16-game run of the season, the Giants retained first place in the NL West while capturing the season series from their archrivals as they defeated the Los Angeles Dodgers on Wednesday of last week. This victory over the Dodgers not only increased the Giants’ lead in the NL West to two games, it also made the Giants the first major-league team to earn 90 victories.

“Obviously, nobody — nobody outside of our clubhouse, anyway — expected this year from us,” said shortstop Brando Crawford, one of the team’s veteran players and a holdover from the World Series championship clubs. “So, it’s a nice benchmark. But we still have games to go. So, the next benchmark would be 100. We’ll keep pushing for that and try to win every game.”

While nobody outside of the Giants ball club apparently saw this coming, Baer has actually been working alongside his front-office staff, coach Gabe Kapler, and the stellar “top boss” Farhan Zaidi, President of Baseball Operations for the Giants, to pull off this historic season through smart decisions that in many ways have turned conventional MLB thinking on its head.

Baer, Zaidi, and Kapler have hand-picked an eclectic roster that includes in-house World Series veterans along with fresh new talent acquired through waiver claims, non-roster invitees and free agents. The club has played their bench to its last player, and has rotated old and new talent seamlessly to deliver a season worthy of remembering for the next 100 years.

General manager Scott Harris affirms that the Giants began preparing for this season’s success last year. After a tough start at the opening of the 2020 season, the team’s strong finish at the end of it convinced Harris that the Giants “had a solid base to build from.”  Although Harris admits that the team “had plans to be good this year,” he never imagined that they would churn out a historic 90 wins in the first 140 games of the season, nor achieve the best record in baseball.

Let’s face it: winning 40 games over .500 is pretty impressive. The Giants hadn’t seen that kind of roll since 1993, at which time they lost to the Pirates and their record dropped to 89-49.

Actually, those 1993 Giants have been coming to mind for many of us during this 2021 season. That’s probably because this current team has been following in their footsteps in many ways, and it’s both exciting and foreboding.  Those 1993 Giants won a spectacular 103 games, but didn’t actually end up finishing in first place. These 2021 Giants could also potentially win 103 games and still not finish first either.

But the current team has an advantage over its 1993 counterpart. Those 1993 Giants remained stuck on their 89th victory through eight sequential losses. These 2021 Giants have still not lost five consecutive games, and this team is playing with admirable discipline and consistency. These new 2021 Giants are the first team in the National League to post a winning percentage of .600 or better in each of the first five months of the season since the 1942 Dodgers – long before the Dodgers moved, along with the Giants, to California in the 50s.

Still, the current challenge is no less intimidating. The Dodgers are also having an amazing season and have as powerful and diverse a roster as the Giants, thanks in large part to the fact that Zaidi was the Dodgers’ General Manager for four years prior to coming on board with the Giants in 2018, and much of the Dodger’s talent was acquired during his time there.

The Giants’ impressive 90-50 record also doesn’t reflect the full scope of how well they are prepared for the season’s upcoming last three weeks. Still, they seem to be managing well so far.  Even after playing two consecutive games against the Dodgers over the weekend, followed by a Monday afternoon game that launched a three-game series in Colorado, the Giants managed to sweep the floor with the Rockies 29-12 at Coors Field, even in spite of the Rockies’ claim to the record of third-most home victories in the Major League.

The Giants’ winning strategy continues to be the great chemistry and seamless rotation of players that these 2021 Giants of Larry Baer’s and Farhan Zaidi are becoming well-known for.  They’ve been juggling their assets on the field all season, playing their bench to its limits, in some instances as a strategy, but often also out of necessity. While Baer’s and Zaidi’s decision to keep veterans such as Crawford – who is a prime candidate for MVP this year – may have initially gone against the grain of conventional MLB thinking, its effect has been a roster of both young and experienced talent that has rotated seamlessly on the field. A roster that has gone home victorious game after game 90 times during this season and has achieved their best MLB record since 1913.

“It’s an appropriate time to reflect, in particular after the stretch that we just went through,” noted Kapler after the victory against the Dodgers. “We’re in a really good spot and we’ve worked really hard to get here. It’s a great accomplishment to be that far above .500.”

Then, as if sobered by the thought of the upcoming three weeks, he added thoughtfully, “I also think it’s a good time to remember we’ve got a long way to go and a lot of work to do.”

For more on Larry Baer and the SF Giants, listen to this recent interview: https://www.youtube.com/watch?v=bKzJ42KxXV0

sisidunia.com is the best entertainment website in the word