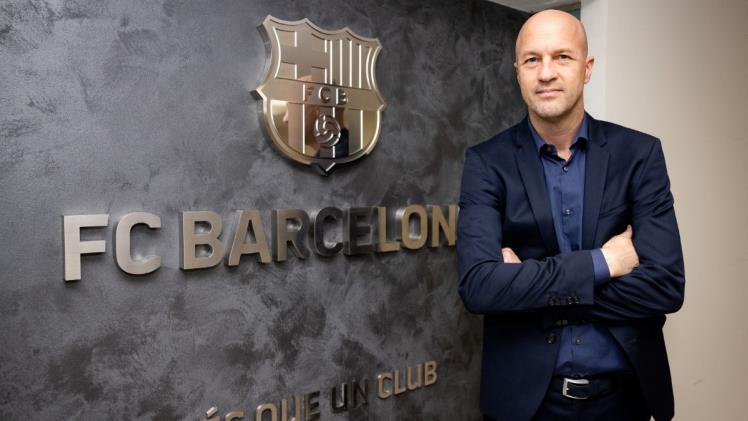 FC Barcelona is experiencing a very hard period. It is the pivotal moment for an attempt to return to its former glory and start working toward more championships. However, building a team capable of reaching the peak performance of the club is quite a challenge. One of the crucial personalities responsible for this task was Mateu Alemany who has been the sporting director of football for Barcelona since March 26, 2021.

Now he is joined by Jordy Cruyff who has signed the contract to serve as another sporting director of football officially. He has been fulfilling this position since July 1.

Why does Barca need two people in the same role?

Spotting talent and managing the financial side of each transfer is a hard task that often puts too much stress on a single person. Barcelona wants to enter the new season in full force with a roster capable of competing for top spots in various competitions. Filling empty places in the roster with exceptionally talented players who can fit in easily is the top priority for the new duo.

It seems that Jordi Cruyff will be focusing on scouting for talent and searching for footballers with great potential to improve the team. He is experienced in multiple leagues including Premier League and La Liga. Cruyff played for Barcelona for three years from 1993 to 1996 before joining Manchester United. Now, he is positioned to fortify his first club in a new role as a sporting director.

Mateu Alemany will continue guiding the financial decisions of the team and focus on negotiating for players selected by Cruyff. Alemany was described as a very intense negotiator capable of capitalizing on opportunities and finding solutions for many bargaining standstills. He was the man behind the signing of Ousmane Dembele and several other key players.

Is it a good decision for Barca?

The club is in a peculiar position and requires drastic changes. The management understands it and wants to have two prominent scouts in the same position to ensure that they can get the strongest roster possible for the next season. It seems that the decision can pay off well!

This post is brought to you by Avram Grant Soccer blog https://avramgrant.com/.

Previous article4 trends that can change the future of technologies.
Next articleAMBBET slot game free credit no deposit required just register for 24 hours.