More
HomeSportsInfluence of the FIFA World Cup 2022 on Football Aspirants 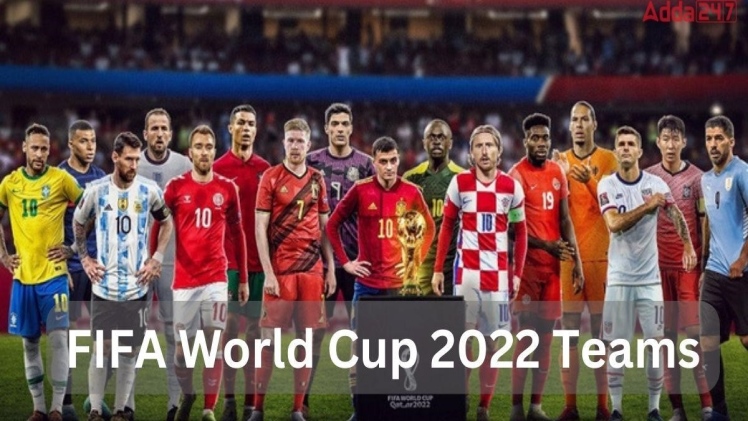 Football is a completely legal sport.It reflects reality. It is a sharing-based game. It is a team sport. International sporting events have the power to unite the world like no other event can, as fans from all over the world congregate in one location to support their team. The World Cup of Football is one of these unique Football events.

Nearly 3.5 million people watched the 2014 event, which was played across 12 stadiums in 12 locations throughout Brazil. More than a million of those were tourists from other countries. With a number of digital ads in 2020, FIFA made use of its significant power to reaffirm the idea that prejudice in any form has no place in football or society at large.

Each of the forty FIFA Legends and active professional football players wore a black shirt as they wrote messages on social media using hashtags, reaching tens of millions of followers globally.

So, what effect can a FIFA World Cup have on football aspirants?

It can foster respect for one another and fair play.

The exchanges between FIFA and other stakeholders in 2020 reaffirmed the fundamental principles of fair play and respect in football. FIFA and the UNODC signed agreements to work together to combat the challenges that crime poses to sport, protect football from corruption and match-fixing, support youth crime prevention, and protect children and young sportsmen from exploitation and abuse. The collaboration increased the reach of crucial FIFA educational messages, which included a campaign to combat match deception in December 2020.

On Worldwide Anti-Corruption Day, FIFA Legends joined forces in a joint campaign to motivate players, coaches, and authorities to recognize, reject, and notify instances of corruption.

It can safeguard human rights, especially for the young.

In 2020, FIFA established a brand-new human rights and anti-discrimination division. Following a recommendation from the FIFA Human Rights Advisory Board (HRAB), FIFA also pledged to further integrate human rights into its decision-making processes while continuing to interact with humanitarian partners. The FIFA World Cup Qatar 2022 will have the most comprehensive human rights protections ever put in place as part of a FIFA event, with a focus on labor rights, diversity and anti-discrimination, and accessibility.

It may include child protection, particularly for aspiring players.

The establishment of an internal safeguarding and child protection department by FIFA to further develop and implement the FIFA Guardians Programme through FIFA competitions and across FIFA’s member associations strengthened FIFA’s commitment to promoting protected sport in football. To help with this, FIFA organized a number of regional safeguarding workshops and introduced the FIFA Guardians Safeguarding in Sport Diploma, a global education program created in collaboration with the Open University to strengthen and professionalize the role of football’s safeguarding officers and to help raise protecting standards throughout athletics.

Other substantial efforts have been made in close collaboration with local, regional, and worldwide stakeholders, from the creation of a minimal package of care provided to support potential witnesses associated in FIFA ethics cases to digital campaigns intended to promote the respect for human rights and even to the industry of Oval Sports.

Previous articleSynchron 40m Khosla Venturesparkfiercebiotech
Next articleBest Mattress Buying Guide: Guides and Tips for Choosing the Best Mattress for You