More
HomeSportsGiants CEO Larry Baer is Optimistic that Attendance Numbers Will Increase as... 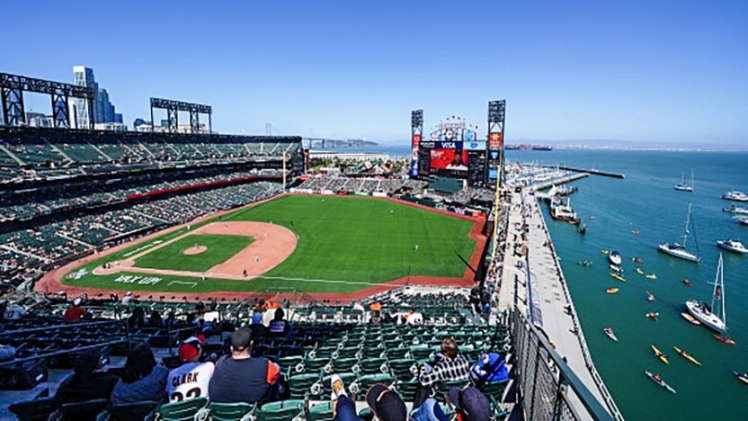 As the San Francisco Giants are playing one of their best seasons in history and have held the best MLB record throughout most of the 2021 season, attendance at Giants games is finally on the rise, after dropping dramatically during the pandemic. Ticket sales are increasing thanks to the club’s amazing display of talent during a key breakout season.

“As the world comes back, we’ll be fine,” expressed SF Giants CEO and President Larry Baer. “Fans have been great. We have a good ticket base. They’ve come to the ballpark, and we’ve tried to make it a safe experience.”

The upcoming games against the Brewers and Dodgers are expected to be major draws and help to put this year’s numbers back on an even keel. According to Russ Stanley, the club’s senior vice president of ticket sales, the Giants expect to sell out those games.

“Those games are white-hot,” Stanley affirmed. “The rivalry is as hot as ever.”

The Giants’ current 84-46 record means they’re 2 1⁄2 games ahead of the L.A. Dodgers who hold second place in the NL West.

But in spite of their stellar season, the Giants have had a tough time restoring ticket sales and attendance to pre-pandemic levels. During peak years, Giants’ season-ticket sales averaged 29,000. This season, they’re averaging 18,000 to 20,000, all full-season packages. With only 18,056 attendees per game, the Giants now rank 13th in MLB, their lowest ranking in the 22-year history of Oracle Park.

A number of factors contributed to the lapse in attendance.  The Giants have traditionally ranked among MLB’s attendance leaders since the opening of Oracle Park in 2000, holding a strong position up until 2018, when they ranked 4th in MLB attendance. But after a string of four losing seasons, they fell to 11th place in 2019.

Other factors also played a role, such as the lack of a traditional pre-season FanFest to promote sales. Out of consideration for season-ticket holders who may have limited options in light of the ongoing pandemic, the option to roll their plans over to 2022 was provided, potentially reducing attendance this year.

and 2020, according to NBC Sports Bay Area reports. While social distancing requirements made it impossible to go to the ballpark in 2020, TV was the only way for fans to attend games, and many just simply grew comfortable watching from home.

It also stands to reason that, after four straight losing seasons and the inability to attend games in 2020, it’s taking fans a little coaxing to embrace this year’s new roster. Outside of World Series title veterans Buster Posey, Brandon Crawford, and Brandon Belt, the roster has changed considerably from the last time fans attended games back in 2019.

Getting back in the swing of things after 2020 was also challenging.  At the start of the 2021 season, the Giants opened with far stricter regulations than many other sports venues around the country.  At first, Oracle Park was only allowed to sell tickets at 22% of its capacity as four-seat pods were being used to socially distance fans in the bleachers. This meant that there was not enough room for all season-ticket holders at every game, limiting their access to every third game. State and city mandates included such regulations as fans having to provide proof of full vaccinations and/or negative Covid test results in order to purchase tickets. Under these circumstances, 7,390 fans attended the Giants’ first home game and 3,662 attended the second game a few days later.

Oracle Park was finally allowed to open at full capacity on June 25, and average attendance has been 28,636 since then, spanning 27 games and four homestands, and reaching a high of 36,928 in the 41,331-seat stadium.

“I think you’ve got to throw out average attendance for the year,” noted Baer.  “How can you

compare apples with kumquats? Before June 25 is irrelevant. Even then, we had to go back to season-ticket holders, start the group process. The velocity of sales is going well, but certain pieces have been tougher than others.”

One of the tougher pieces has been corporate group sales, which in the past accounted for roughly 300,000 tickets yearly, or 10% of the park’s 3 million total attendance, an achievement the Giants have made 17 times. Currently, group sales have virtually disappeared as the majority of workers in San Francisco continue to work remotely and only a fraction of the Giants’ fan base returns to on-site work in the city, making the idea of groups of co-workers going to the ballpark at the end of the workday highly unlikely.

According to a report in the San Francisco Chronicle last month, the office vacancy rate in San Francisco rose to 20.1% in the second quarter of 2021, its highest point since 2003. One Bay Area real estate security firm, Kastle Systems, reports a mere 19% occupancy rate among its business properties. Empty offices mean fewer people in the city, and naturally, fewer people at the ballpark.

With BART and Muni limiting late-night train routes, things become even harder as fans must choose between leaving games early, paying huge fares for rides home, or simply not going to the ballpark in the evening.

weekend games. At the last weekday homestand against Arizona, attendance at Oracle Park remained below 25,000, but rose to the mid-30,000s during weekend games against Colorado.

Even when trains are running frequently, for many fans, the thought of getting on a train full of strangers may also be a deterrent, with the threat of Covid still lingering.

Still, the Giants continue to play at the top of their game, and fans are starting to embrace some of the team’s new players.  LaMonte Wade Jr. and Kris Bryant have emerged as favorites among fans.  In fact, the Giants are planning a Wade T-shirt giveaway on September 14th.

And, as the Giants CEO Larry Baer affirms, attendance is picking up as life slowly returns to the post-pandemic “normal” and more and more people get back to the outside world.

Most importantly: the Giants continue to win, and fans are excited.