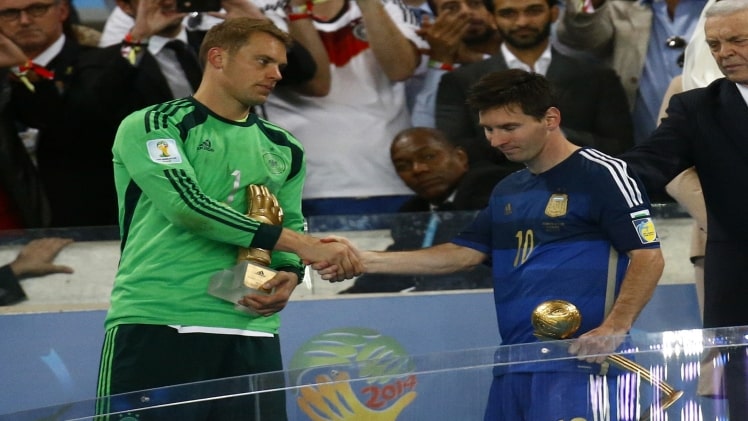 The World Cup finals are heading to Qatar, with football’s grandest showpiece due to get underway on November 21. France will be the defending champions, but plenty of ambitious nations have their eyes on the ultimate prize.

Some of the finest talent on the planet will be gracing the most prestigious of stages, with many of the opinion that they can go all the way. Lionel Messi is among those clinging to the belief that this can be his year, and here are five reasons why he can bring a personal hoodoo to a close in 2022.

Argentina have the talent

Any squad that includes the collective qualities of Messi, Angel Di Maria, Paulo Dybala, Lautaro Martinez, Leandro Paredes and Emiliano Martinez should never be ruled out. Argentina may remain a little top-heavy when it comes to a tactical balancing act, but their firepower cannot be ignored.

If they are able to plug defensive leaks and give talismanic playmakers time and space in which to do their thing, then anything is possible. Those who visit Space Casino will find La Albiceleste priced at 10/1 to savour World Cup glory, but odds will shorten if early momentum is established.

Argentina have not claimed a global crown since seeing Diego Maradona inspire them to a stunning success on Mexican soil in 1986, but Messi has always been the rightful heir to an illustrious countryman and fellow No.10.

He has also brought an individual trophy drought to a close in the international arena, with that monkey finally shaken from his back at the 2021 Copa America. Questions are no longer being asked if a hero can deliver for his country, and that should help to ease a little pressure.

There is no escaping the fact that Messi, like eternal rival Cristiano Ronaldo, is approaching the end of a distinguished playing career. He has hit heights that few can dream of scaling, but a World Cup winners’ medal remains a notable omission on a glittering roll of honour.

This will likely be his last chance to right that wrong, and that should strike fear into any rivals preparing to cross the path of a man who has made a habit of writing fairytale scripts down the years.

Finals outside of Europe

History dictates that South American nations tend to emerge victorious when World Cup finals are staged outside of Europe. That trend has been bucked in more recent times by Spain and Germany, but Qatar presents a whole new set of challenges.

Argentina, Brazil and Uruguay have dominated when events are staged in Latin America and Asia, with there every reason to believe a similar story will play out in the Middle East.

Need we say any more! Messi has broken countless records and produced moments of unimaginable brilliance on such a regular basis that seemingly superhuman exploits are now expected of him.

He is a history-making seven-time Ballon d’Or winner with over 750 career goals to his name and no one would be all that surprised to see him single-handedly carry Argentina over the line.

Messi’s legacy is already safely secure, with there a place in football folklore that will forever be his, but World Cup glory would finish things off nicely and ensure that he retains a rightful standing alongside Maradona and Pele at the very top of an all-time greats chart.