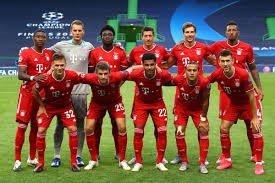 5 DARK HORSES IN THIS UCL EDITION

The Champions League is known to be a battleground for the elite clubs all over Europe. But what most people tend to forget is that every season, there are a few underdog teams that are a betting man’s nightmare.

Here are 5 clubs from this year’s Champions League group stage that can prove to be the dark horses of the tournament and find their way into the business end of the prestigious competition.

AC Milan haven’t fared well in the Champions League in recent history. The last time they were featured in the tournament was in the 2013/14 season.

In 2021, Milan are finally doing justice to their rich history on the back of a solid Serie A season. They are currently the league leaders in Italy and have won every single game they played. Unfortunately, for them, they have been seeded into a tough group with Atletico Madrid and Liverpool in contention, but the form they have been in the past few months is too good to keep out of the equation.

If Milan manages to qualify for the Knockout stages, they are surely making it far in this edition of the Champions League.

Dortmund often remain in the shadows of Bayern Munich in the Bundesliga. When it comes to the Champions League they are seeded into a challenging group since they are picked from the Pot 3 during the UCL draw.

For the first time in a while, they have been seeded in an easy group and Dortmund are surely going to make the most of this opportunity. Erling Haaland has decided to stay with them and was the competition’s top scorer last season and will have a major impact on their game this time as well.

Ajax will always be remembered for their 2018/19 Champions League run when they reached the semi final stage after beating Real Madrid and Juventus in the knockout stages. The young talented players in their ranks are known to take their opponents by surprise and a magical display this season is well on the cards.

Their manager, Erik Ten Hag hasn’t failed his club so far and has instilled confidence among their supporters which is why the big clubs are compelled to keep an eye out for them.

Atalanta have been punching above their weight consistently over the last few years under the rule of Gasperini. They have finished 3rd in the Italian league 3 times in a row and even though both sides of Milan were at the top of their game last year, Atalanta put up a good fight and only missed out on lifting the Scudetto by a few points.

They have been seeded into a comparatively easy group with Manchester United and Villarreal struggling to find form. Qualifying for the knockout stages won’t be a problem for Atalanta, but they will have to pass some big hurdles ahead and the Bergamo based club is more than up for it.

RB Leipzig did well over what was expected of them last season in Bundesliga after finishing 2nd in the league despite losing Timo Werner, their star man up front. Now, they have signed Andre Silva this summer which has made their squad more stable.

Although their performance in the opening games this season has been below sub-par, they are surely going to get better over time since they are still warming up to their new manager, Jesse Marsch.