More
HomeAll2022 Women's Euros - Who's the favourite to take home the trophy? 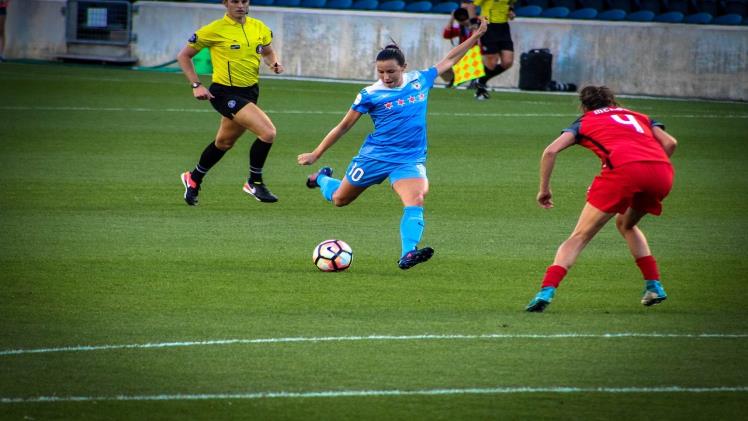 2022 Women’s Euros – Who’s the favourite to take home the trophy?

In an average year, we would be talking about the World Cup at this stage of the summer, but as that’s during the winter this year, another football tournament can take centre stage — the UEFA Women’s European Championship. Hosted in England, there has been a lot of media attention and public support for the tournament. We’re a week into the event, and already we’ve seen some thrilling matches, but who is playing the best? Who has the best chance of lifting the trophy at the end of July? We’ve looked at the form and the squads of each of the teams in this competition to give you the best idea of who will win.

The French squad is full of exceptional talent, including arguably the world’s best striker in Marie-Antoinette Katoto. They started the tournament in spectacular style, smashing Italy 5-1 in their tournament’s opening game. With performances like that, they look set to top their group, meaning they’ll likely avoid other favourites for the tournament until the later rounds. However, France has been perennial underachievers in major tournaments, so there’s always a chance that they will revert to their old ways.

As the tournament hosts, the Lionesses will be hoping that the massive home attendance they’ve been getting will help spur them on to another deep run in this tournament. They made the semi-finals last year, losing to eventual champions The Netherlands, and we’re sure they’ll be trying to go one step further this year. They’ve kicked things off this campaign with a hard-fought 1-0 win over Austria followed by an 8-0 rout of Norway. They’re in fine form at the moment, and if they continue this throughout the tournament, there’s no reason why they can’t go all the way.

The way that Barcelona dominated the Spanish league with 30 wins from 30 games just shows Spain’s talent within its ranks. Players like Alexia Putellas, Aitana Bonmati, and Jennifer Hermoso are just a few highlights of an outstanding squad. However, while they started their campaign with a convincing 4-1 win over Finland, they recently fell 2-0 at the hands of the German team. This now puts them as third favourites, with most bookies pricing them at 7/2. This could be an excellent opportunity to bet on Spain at an improved price, and there are plenty of bookmakers to choose from. It always pays to look for the ones with the best odds, as bookies may not always agree with each other on the line. The best bookmakers will offer players generous welcome bonuses to give them even more chances to win. However, while generous offers are all well and good, choosing safe betting sites is the most important thing as you want to keep your money secure while you have fun. No matter who you think will win the Euros, you can find a bookmaker right for you.

Whether it’s the men’s or women’s team, one thing remains the same – you can never write off Germany. The German squad is full of young and exciting players but has had trouble with injuries in the lead-up to the tournament. Nevertheless, they’ve still managed to start their campaign with two wins from two, beating the highly-rated Denmark 4-0 before beating fellow tournament favourites Spain 2-0. They look the favourites to top their group, where they’ll likely meet Austria before facing France in the semi-finals. We can see them making a deep run if they manage to get enough players fit for these games.

Honourable mentions go to the holders of this trophy, the Netherlands, who have quality throughout the squad and still remain one of the world’s best women’s football sides. Also, the Sweden team has been looking very impressive this past year and managed to draw 1-1 with The Netherlands in their tournament’s opening game. The truth is, many very talented women’s teams could go on and win this trophy. The standard has never been higher, and we can’t wait to see how it will all play out.