More
HomeAll2021/22 Melbourne Cup Preview: Who Are The Favourites To Shine In Melbourne? 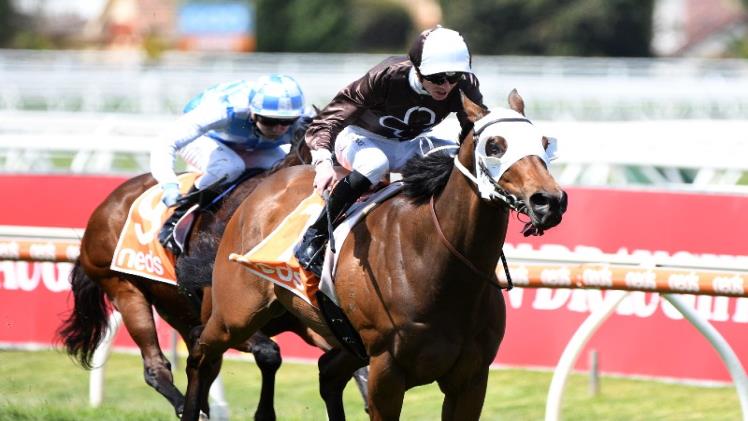 2021/22 Melbourne Cup Preview: Who Are The Favourites To Shine In Melbourne?

Australia will come to a virtual standstill to watch the finest stayers in the business vie for fame and fortune in the Melbourne Cup on Tuesday, November 3. Racing Victoria expects the race to enjoy a worldwide audience of around 700 million, which would make it one of the year’s biggest sporting events.

The race has been held on an annual basis since 1861 and it has continued to grow in prominence with each passing year. The field has been reduced to just 24 runners this year, for safety reasons, while stricter veterinary regulations on overseas horses has reduced the number of international raiders.

However, some of the best stayers from the Northern Hemisphere will descend upon Flemington Racecourse to battle it out with their Australian and Kiwi counterparts. These are the leading contenders battling for glory in the Melbourne Cup:

Incentivise will bid to become the first horse to complete the Caulfield Cup and Melbourne Cup double since Ethereal in 2001. He is currently on a nine-race winning streak. Peter Moody’s five-year-old gelding landed his first Group 1 victory by clinching the Makybe Diva Stakes at Flemington in September. He then won the Group 1 Turnbull Stakes at the start of October, and he followed it up by destroying his rivals in the Caulfield Cup. He was handed a 1.5kg penalty for that superb performance, meaning he will now carry 57kg, but jockey Brett Pebble is not unduly concerned. Incentivise is the clear favourite with Sporting Index to win the race, but the last favourite to win was Fiorente in 2013, so recent history is not on his side.

The American-born, UK-trained five-year-old stayer proved his class by surging to victory in the Group 1 Doncaster Cup last year. He then ran second in the US$2.5 million Red Sea Turf Handicap in Saudi Arabia at the start of 2021, before going on to win the Group 2 Yorkshire Cup. He was third in the Group 1 Ascot Gold Cup in June, and then finished second to the legendary Stradivarius in the Group 2 Lonsdale Cup Stakes at York last time out. Australian jockey Craig Williams, who won the 2019 Melbourne Cup aboard Vow and Declare, will ride Spanish Mission for the race that stops a nation, and he is the second favourite in the betting.

Twilight Payment became just the third eight-year-old in Melbourne Cup history to win the race last year, following in the footsteps of 1865 winner Toryboy and 1938 champion Catalogue. He will now bid to defend his crown and become the oldest ever winner of the Melbourne Cup. Joseph O’Brien’s stayer has just one win this year – a Group 3 Irish St Leger Trial Stakes – but he was second in the Group 1 Irish St Leger, and he should enjoy the slightly longer distance for the Melbourne Cup. However, he will carry a top weight of 58kg, so he will have to dig deep.

Irish raider Away He Goes is fourth in the betting, despite securing just one win over the past two years. That came in a Class 2 handicap at Doncaster in September 2020. However, he put in a strong performance when finishing second to Trueshan in the Group 1 Goodwood Cup Stakes over 2 miles in July, and he could be a handful in the Melbourne Cup if he maintains his upward curve. He is carrying just 54.5kg.

Verry Elleegant was named Australian Racehorse of the Year for 2020/21 after romping to victories in the Caulfield Cup, the Turnbull Stakes, the Winx Stakes, the Tancred Stakes, the Chipping Norton Stakes and the Ranvet Stakes. She has nine Group 1 wins to her name, and she landed the Group Main Stakes at Randwick in September. She finished three-and-a-half lengths behind Incentivise in the 2021 Turnbull Stakes and then ran third in the Cox Plate. She will carry 57kg for the Melbourne Cup, the same weight as Spanish Mission.

Tralee Rose earned a Melbourne Cup start after holding off Dr Drill to win the Group 3 Geelong Cup towards the end of October. She placed in her previous three starts this spring, including the Group 3 Bart Cummings Stakes, and she appears to be shaping up well for the race that stops a nation. Tralee Rose has been assigned 51kg for the race.

Sir Lucan was a late entry for the race. Irish maestro Aidan O’Brien, father of Joseph, initially trained him, but Sir Lucan will race for Australian duo Gai Waterhouse and Adrian Bott in this race. He was eighth in the Group 1 St Leger Stakes at Doncaster over 2922m last time out, and he has won at Cork and Navan over 1609m and 2615m respectively. He is on course to carry 50kg and the No.24 saddlecloth, and some punters have been encouraged after noting that his profile is similar to previous Melbourne Cup winners Rekindling and Cross Counter.

Previous articleHow to incorporate sport in Your Daily Routine
Next articleWhat Are The Best Indoor Gym Shoes For Autumn Classes?